fuck, 'Gris Gris' by Dr. John though: maybe a rolling thread for having yr mind blown by old stuff

you know when you check out something old and seminal and it turns out it is fuckin’ vital and mindblowing and not something you just have to respect as important?

holy shit this is good. FUCK. it’s been a while since something got me closing my eyes and moving my head around like the pleasure of the music is making my body freak out a bit.

I can hear the influence on Spiritualized, Tom Waits, Califone, Brightblack Morning Light, Julian Lynch, but idk maybe even stuff immediately after this record? 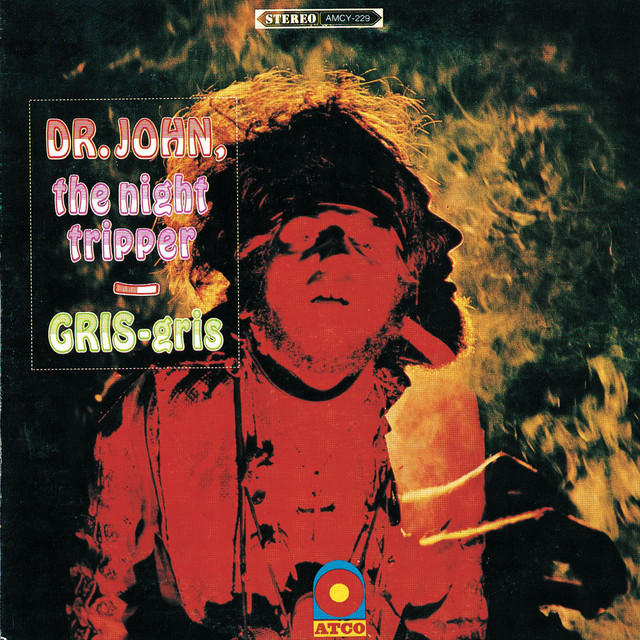 first up: talk to me about this album. this is required.

then who knows, maybe we can talk about other old stuff that’s still genuinely incredible?

the bass is a big factor. the production on the whole is incredible.

but also his voice? the musical choices? it just doesn’t have any kind of cringe about it. it’s absolutely cool as fuck.

hah this thread title is cracking me up

I love gris gris so much. just an all time great album. the whole ora and sound, the artwork, his voice, the laziness. its a pretty singular thing. pretty wild that he never topped the first song off his first album, guess its kinda hard when its like a top 50 song. his sound kind of emerged out of the swamp a bit after this album but he has something worth hearing on every album through the 70s (maybe more good stuff later but have only lightly dabbled in the late career stuff, kinda safe sounding to me)

incredible live, what a group

I think desitively bonnaroo is my second favorite album of his, quitters never win ^above is from that and so is this:

of course you know new orleans had send him off right. RIP

Dr John was one of the greats. I was lucky enough to see him twice, once doing a deep funk kind of set, and the other a proper Nawlins party. Magnificent both times. One of my favourite records of his is a dodgy semi bootleg LP I nicked off my dad of an early 80s London gig. It’s amazing

this song is unbelievable

sorry I haven’t been back to this thread until now. that’s how it be with my junkyard brain.