Fucked Up - Rolling Thread - 'One Day' out now!

I think it will be a grower as well, some of the songs have potential to get lodged in your head.

Awesome! Saw someone on Twitter say it had their favourite Fucked Up song ever (which is pretty massive all things considering) - is there an obvious song that fits the bill?

Oh shit, this is out already? I really need to pay more attention.

Friday, I assume this is a pre-order that arrived early! 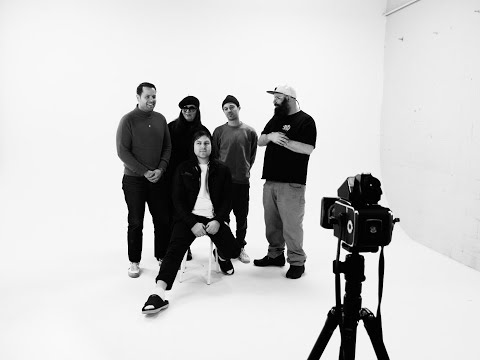 The sweetest Fucked Up song yet? Love it

I mean it’s not very Fucked Up, but I do kinda like it. Is this indicative of the album as a whole? Very intrigued to hear it on Friday.

Quite Mouldy Bob to my ears on first listen, which is certainly no bad thing.

Aye it’s Mike, apparently it’s a sequel of sorts to The One I Want Will Come For Me off Dose Your Dreams

Good songs, as you’d expect from a good band

I’ll listen to it tomorrow, but this is the least excited I’ve been about a FU release.

The DCTL gig last year was super flat and I can’t recall listening to them since. Likewise this is the first time in memory I haven’t immediately grabbed tickets to their show.

Hope I can be reinvigorated, as I do bloody love them.

I think you’ll be pleasantly surprised, while it’s far from their best work (which is an insanely high bar to clear) there’s a nice straightforwardness to it of just simple, well written songs

one thing that really struck me when I interviewed Mike is that he described Glass Boys at being the point where the band were at their “least confident”, which I think about a lot. Basically this album returns to that style but with much more confidence.