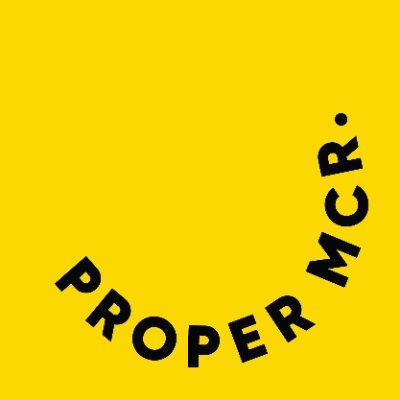 @ProperMCR
You can now get a Full English breakfast IN A PIE with brown sauce gravy 😱😍 Get yourself down to@AteDaysAWeek_ new venue in Manchester city centre to try it for yourself 🙌 https://t.co/c5gVrti2gX

Would fucking love to have this right now

yer man’s eggs on that full English are snotty as fuck.

This looks like just the kind of thing I would love BUT it’s got a stupid name so I would never order it on principle.

BRB, just off up Manchester for a while.

The Glasgow pie that will change your breakfast forever

Mornings (especially the hungover variety) will never be the same again thanks to this Glasgow deli owner's genius idea - a full Scottish breakfast in a pie.

Cultural appropriation. At it.

I reckon I’d enjoy eating that

Would be better without the cheese & black pudding though & I’d prefer it without the gravy, just give me some HP sauce

M always wanted to make a roast dinner pie - getting a full roast with all the trimmings and encasing in a pie. Haven’t got round to it yet.

Why is it better than just having a full English or a different type of pie though?

Some people were all over this almost five years ago

Can I sue them for stealing my idea?

Can’t believe they just put an egg on top, rather than making the egg the lid. Amateurs.

We do things differently in Manchester

The pastry doesn’t really add much. Just take your leftovers, cover with mash and a bit of cheese and you’ve got a roast dinner pie basically. We do it after every roast and it lasts us to Tuesday.

Can’t believe they just put an egg on top, rather than making the egg the lid

This is just what you normally do when you have an egg and pie roll though, surely?

Feel like the beans should’ve been the gravy rather than inside the pie.

Never had one of these, or even heard of it. Is it a northern thing?