Probably done this before but I simply don’t care.

I once passed a woman in the street who was talking on the phone and all I heard her say was “and she reckons she’d been kidnapped again!”

The best one though was when I was collecting glasses in a pub I worked in and heard a woman (approx. 60) say top her friends “…and after that I just never did the high jump again!”

Once overheard a young mum in a supermarket saying “babies can breathe underwater, like when they’re in your belly!”. Funny but at the same time worrying, I wonder if her kid survived bathtime. 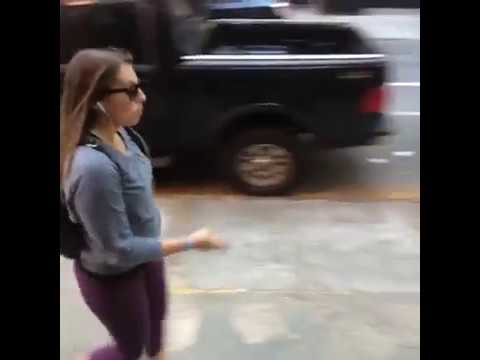 Nearly put a thing in the OP about how this would be a really boring thing to post. Should have.

I was flying on Saturday I heard three belters and forgot to make this exact thread!

In the toilet cubicle.
“Your mum knows I was going. She did, fucks sake. Look. I telt her! AYE I DID. Last night, two weeks in Lanazarote. Aye it counts, away and fuck off. Tell her I’ll call her when I land. Just, feed the dug yerself and fuck off, right? Aye, love you too”.

On the plane.
“I think it is about sand, and Brad Pitt is in it?”
Referring to Dune Part One.

We were at Clarks Village in Street once and sitting on a bench and heard a man walking past say to the woman he was with “LOOK WE HAVEN’T GOT TIME CLAIRE!” which is now a very common phrase in our house.

“Your mum knows I was going. She did, fucks sake. Look. I telt her! AYE I DID. Last night, two weeks in Lanazarote. Aye it counts, away and fuck off. Tell her I’ll call her when I land. Just, feed the dug yerself and fuck off, right? Aye, love you too”.

I was stifling laughter the whole time. I even wrote it down in my Google keep notes so I would remember haha. It is even funnier know how long the pause was between “Lanzartoe” and “Aye” which must have been filled with a lot of swearing

Sometimes get the fear about this, my voice is loud and carries a lot so every time i’m talking in public i think it might sound like a one way convo of a deranged guy. Like i imagine there’s a thread on mumsnet or something like this slagging me off

Another pub worker one. Was behind the bar and one of the regulars had brought in his 18 year old son and they were sat with one of the old boys. Dad gets up to go to the loo and as I walk past collecting glasses heard the old boy go “so… are you… shaving yet?”

When I was a student my room overlooked an alley that was a shortcut for drunken revellers walking home so used to get kept up by lots of singing / shouting.

Most memorable one was hearing the approach of a male and female voice doing that whisper fight where they having a go at each other through gritted teeth, then as they got right to my window it reached a head, from the sound of things he stormed off and then I just heard, right outside my window, her scream at the top of her voice: “I’M SORRY! I’M SORRY I RUINED YOUR BIRTHDAY!”

Can still hear it now and I will always wonder what it is she did.

AND THEY WERE ROOMMATES

Once in a restaurant where to our right there were two quite unassuming and ordinary looking men and to our left a loud group of mid-late forties people. The group of people were incredibly loud, loud enough to make it hard for us to speak to each other across the table and it was all about their glory days in like year 7 and 8 of senior school, lots of japes on the ferry on some trip etc., absolutely embarrassing. But occasionally a snippet from the two men on the right would float over and it was like
“…went to a hypnotist, you know, and it felt…”
“…heart stopped for a full two minutes…”
“…so the medium told me that I was right…”
So frustrating, could only hear snatches of words in between the other group’s dull stories. Hypnotist could be totally normal, like for quitting smoking but the rest??? Reckon the guy died and had a message from the other side but I’ll never know!!

Maybe I’m reading it wrong, but this feels like quite a disproportionately mean response

Maybe you’re right, was very light-hearted and I did genuinely think about referencing it. But yeah, I don’t think drspaceman is boring, I’m happy to clarify that.

For the record, I didn’t really think you meant it that way, but that was only because you’re Funkhouser and are lovely, just jolted me a little when I saw the reply!

(in a thick Eastern European accent) “You know, in my home country, we are making MANY jokes about the mother of the person we marry”.

It was such a perfect setup I honestly considered that I’d walked into a hidden cameras shot.

Yeah if it had been one of those other motherfuckers then it’s well out of line.

In a VERY strong West-Country accent:

‘Of course I loves you, I fucks you and I feeds you chips!’

What else could anyone want really?