Oh no, that is annoying. Maybe I won’t buy it then.

Who the fuck can think this way?

It’s a good game though, I reckon you’d really enjoy it despite the slight bugs. My 7yo thinks it’s absolutely fascinating to watch me play it too so I reckon F would really dig it as well

Yeah she loved watching me play ABZU although she found it hard to learn to control. That said I realise now she was using my profile with inverted Y axis I think so maybe she’d find it easier without that.

I played on PS4 and I found it pretty bad, maybe I was just unlucky. See what the reviews say for the Switch version?

Might dip back into Cyberpunk on the og PS4 to see how its doing. Played about 5 mins back on release day and decided to hold off until the 2 patches.

A mysterious experience, not sure how I really feel about it. On the one hand, I’d argue it doesn’t really work as a horror game. They should build tension and make the player feel worried that something awful is about to happen to them. The Evil Within constantly plays its hand too early, and loves to kill the player with stupid surprises and instant death attacks, I started to completely disengage from identifying with the character or empathising with him when bad things happened, and the whole thing started to feel more like an expoitation themed puzzle game, working out the exact sequence of steps through an area not to get insta-killed andd have to repeat the last 10 minutes of painstaking progress. About 2/3rds through, it becomes more of a brutal checkpoint crawl than any sort of narrative experience.

On the other hand, there is something very compelling about it (partly not wanting to admit it’s beaten you), the combat feels great and there’s some great designs and really great segments. For the most part it’s well judged in terms of giving you just enough to string you along. There was something enjoyable about how old school and gamey it felt, no side fluff, just a clear but difficult challenge to overcome.

Up until the final stages, I was seriously tempted to say this was my favourite Metal Gear Solid game so far, but the pacing of the end of the game let it down, which is such a shame…

I must admit that I ruined the pacing for myself by already knowing that there were five chapters, so I was left thinking “What’s going to be left to do in the final chapter?” as the game culminated to its climax.

But this fifth and final chapter is so bizarre and it’s killing the game for me. You’re just doing side missions, all in the same levels as the first four chapters and sometimes facing the same enemies but with higher difficulty levels, in order to progress the game

This is MGS with the fat cut, and it’s so much better for it. Missions are short and sweet in their linear approach, and the approach is up to you in how you kit Snake out. There’s still Kojima bollocks but it’s few and far between, with a believable plot surrounding the nuclear arms race and the usual cast of well-written characters, who are fleshed out with audio tape conversations should you choose to listen to them. The game also plays into previous titles nicely without coming across too much as too much of a fan service. It’s disappointing that there isn’t a set of engaging villains or a variety of interesting boss battles to match those previous games though.

Arguably my favourite part of the game is the cut scenes. While it really does seem that the limitations of the PSP were pushed as much as possible with this game, they also led to some beautiful stylistic choices with this and Portable Ops. There are some gorgeously drawn illustrations which have lots of wonderfully sombre and delicately played moments, which are perfect for dealing with the theme of Boss’s death and her influence on the characters’ ideologies and philosophies and how they deal and react to their respective losses. They’re thankfully not as long as normal either!

Two of my favourite pieces that soundtracked those cut scenes. 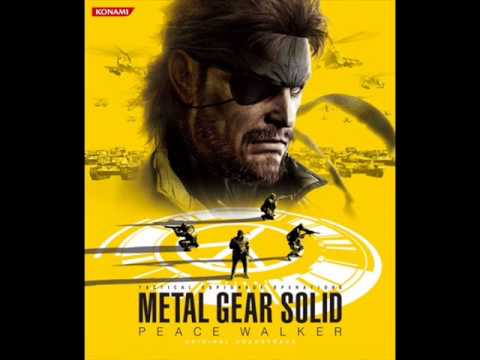 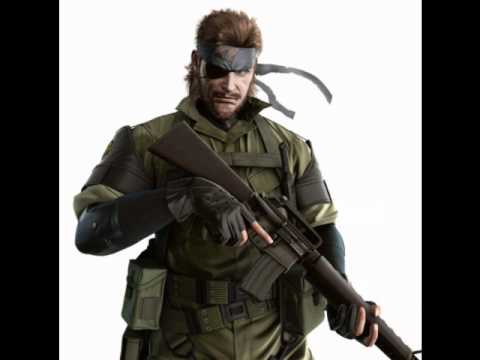 I may be totally wrong but I feel like this game must have influenced Valiant Hearts in some regard with the cut scenes and its soundtrack, and that’s one of my favourite games of all time.

This was a lot of fun. Mostly quite easy, and liked the combat with the regular grunts. Bosses were pretty dull though.

The worst 3d Mario game I’ve played but still great. Really weird that bowser gets a voice actor at the end.
Needs more worlds and the adaptions of FLUDD need to be utilised better. Find the camera more frustrating than in Mario 64.

Find the camera more frustrating than in Mario 64.

I played both for the first time with the new All Stars collection and couldn’t disagree more with this! Aside from one level in Sunshine (going up the back of the ride in the theme park) I thought the camera was fine.

As a big Majora’s Mask fan, I was really looking forward to some more time loop nonsense. Started off finding the universe pretty charming and enjoyed exploring it. As it went on though, I started finding the puzzles really obtuse and the gameplay quite frustrating, like being deep in a cave or something and getting stuck and having to start the whole loop again, just really not an enjoyable experience a lot of the time. Gave up on it a couple of times and came back to it as a result, and started using guides towards the end. The ending sequence is absolutely fantastic, so glad I stuck with it for that I guess. Still not surely I’d really recommend the game as a good use of time overall unfortunately.

a good use of time

It’s probably just because I played SM64 so much as a kid. It’s rare in that you need to move the camera in the middle of the action, you could find the right angle and than treat it as fixed until the next problem.
There was a few times in Sunshine were either the camera or the physics were just out of place and I’d miss a landing by a distance. Was planning on 100% each game as I went along but gonna skip onto galaxy and ignore them blue coins.

Made me really want to play Panzer Dragoon Orta again.

I’m enjoying it although I am very near the start still on The Citadel but seem to have a badass crew together. Looking for some guy that I can’t locate but prob need to talk to more people scan them aliens still.

Also had a strong hour just on Destiny 2, which I have as a PS+ freebie but never understood it. Breezed trough the beginning and it really feels like Halo but with online peeps dipping into your game. Could be a decent duo of games to play in tandem.

May 24th - Rise of the Tomb Raider: 20th anniversary edition

Potted history of me and Tomb Raider:

Largely loved the reboot, bar the bizarre character arc where Lara mourns for a week for killing a deer and then slays 100 people in cold blood a day later when not implying herself on spikes. Have also played just about every other game in the series, and broadly love them when it’s solitary exploration, platforming and full of puzzles (the original, Last Revelation, Anniversary, Underworld).

So I was excited to play this as I heard it had a lot more puzzles in it than the reboot. And it sorta does…? But there’s still not tons. The ones that are there are decent but are (admittedly very good) variations of using ropes and pulleys rather than expansive platforming and cog finding tomb sections of old.

Combat didn’t seem as fluid and fun as I found the reboot, and the areas it takes place in seem smaller, which isn’t where it is at its best. But it could just be I’ve played a lot more modern shooters so have more comparison points now.

Which makes it sound like I hated it. And I really didn’t.

I think the opening few hours are some of my favourite in gaming. The climb up to the summit, exploring those caves, finding the ruins, solving some genuinely head scratching platforming puzzles and an epic battle nail everything that I want Tomb Raider to be. Tons to love in how it all clicks and the game looks insanely lovely. Probably the best looking game I’ve played to date in that field of ‘trying to look realistic’. Genuinely stopped to go wow at times.

And the Soviet section is pretty good too, just a bit relentless and bleak, as you’d expect from the locale. I just gradually found the game wore thin as it went on and drifted further away from what made that intro so special. I started to play the game with the ‘survival instincts’ filter on a la the Arkham games rather than use my wits. Combat grew tiresome. Upgrades ceased to be worthwhile. Secrets bore little reward. It felt like a stereotypical videogame than an inventive adventure.

For comparison, I hoovered up every last collectible on the reboot but, whilst this may be a better game overall, the formula already feels a bit tired. I wonder if I’ll ever play ‘Shadow’ now?

The DLC was more interesting though. The witch chapter has some strong Hellblade / Scarecrow boss vibes and an ingenious finale. And the Croft Manor chapter genuinely had me perplexed once or twice and unsettled me more than the main game did oddly.

So yeah… another Tomb Raider game that doesn’t do enough of what makes the series so good but does enough of it to be enjoyable but ultimately leave you feeling a bit, ‘what if…?’

Super Mario Galaxy. Just incredible isn’t it, the music is perfect, so many ideas all over the place, I’d be happy with those graphics if they were released on a 3d platformer today. It’s a touch too easy but just one of the best games imo.