Guardians Of The Galaxy.

Not perfect by any means - the combat is a bit iffy, it’s a couple of chapters too long and the run-in falls back on endless waves of baddies - but it is absolutely loads of fun, and made me laugh out loud several times while playing. Great writing and voice acting, and really captures the spirit of the films, as well as the cosmic elements of Marvel comics. And a space llama.

Inspired by all the recent Backpage Pods on the levels, I fancied a return to the brilliant world of Agent 47. Beat the story, Ambrose Island DLC and replayed my favourite levels a few ways. Will probably go back and do a few again at some point.

Overall verdict is that the gameplay is more of the same with the usual mix of theatrical, story based outlandish public deaths, moments you can stealth a kill, poisonings, drownings, etc. Didn’t spot any new mechanics from 2.

And I’d say the set of levels isn’t up there with Hitman 2, where there wasn’t really a single duffer. There’s nothing terrible here, but the overlaying of finishing off the story means there are more missions with exposition than before (so a repeat play of a couple of levels is a bit of a chore as guides walk you round big facilities) and a bit more linearity than before, like the train level finale and one corridor section that feels like there’s only one way to tackle it.

Loved the start of every level. The production values and visuals are gorgeous, and it all bodes well for their Bond game. Dartmoor is a great whodunnit, which I enjoyed playing in a few different ways, and I also thought the Berlin level was amazing. The vineyard was cool too.

Ambrose Island is amazing for Free DLC too. Nothing to trouble the top 10 levels of the series I suspect, but good.

It’s a remarkable series, though two games in now I am starting to realise that there perhaps aren’t quite so many unique ways to tackle every level as it might at first seem, rather lots of moments within the systems you can mix up.

Still got the first to play, which I know many people say has two or three of the best levels in it. So will do that soon…

Barely a game at all this, it’s a side scroller with some very very light platform and rhythm games elements, and no fail states. But it’s one of the most gorgeous and visually inventive things I’ve ever seen on a console. Imagine something between a 70s prog rock album cover, Terry Gilliam’s Monty Python animations, old European sci-fi comics, and the Flaming Lips’ entire schtick and you’re halfway there. The soundtrack is pretty rad as well. It’s only a few hours long, but they’re a marvellous few hours.

Fun little game made by one guy, has top down mechanics like Micromachines (with guns) and style like Wipeout. Short, but pretty tricky. Didn’t bother with the bonus time trials

Another Cave classic, really goes hard on the slowdown, intrigued to try arcade modes as it was surprisingly straightforward bar one section

Need to start progressing through the difficulty levels but this is a classic Psikyo game, lovingly designed but still pretty nails even on the lowest setting.

Another Cave classic, really goes hard on the slowdown, intrigued to try arcade modes as it was surprisingly straightforward bar one section

One of the happiest days of my life was finding and playing this in an arcade in Akihabara. Didn’t complete it.

Loads of nuances I’m sure I’m missing as well in terms of modes and styles.

Was also surprised that my shot was blue AND some enemy shots were blue, seems like a rare Cave misstep, definitely took a couple of hits thanks to missing things in the shuffle

Great Steam Deck game, very easy to play in small chunks. Mild issue that lethal play is so much more fun than non-lethal? Did the final level lethal and it was much more rewarding. Funny to me how much better I thought this was than Deathloop despite all the similarities.

Will definitely be playing the sequel.

Dartmoor is a great whodunnit, which I enjoyed playing in a few different ways

The first time I played Dartmoor, I slipped into the house through an open bedroom window, went out onto the landing, saw the target chatting to a butler and just shot her in the head with the silenced pistol before hiding in a wardrobe and then exiting when the heat died down a bit.

14 Tinykin - excellent Pikmin platforming, perfect length. Particularly like it when you have hundreds of tinykin surrounding you.

Interesting experience. A ‘game’? Nope … A puzzle that felt satisfying, like Her Story? Not really… More a story you have to piece together by luck and curiosity…

I’m blown away by the production values. The attention to detail. Some of the ideas… It’s highly ambitious.

Did I enjoy it? I’m not sure… It creeped me out at times and I loved some of the music in it. But it felt like the mechanics were diminishing returns as the game went on.

It didn’t have a ‘eureka!’ moment like Her Story. I found 120 of the clips but am struggling to locate any new ones now and I’m also lacking the drive to want to.

I googled an explanation of the story to check I’d got it all, and I pretty much had.

So yeah. Weird one. I’m kinda more with TCGS podcast team on it than the EDGE 10/10 review, but I’m glad I played it and that something like this can get made.

As Dusk Falls - Xbox One X

Quietly the best choose your own adventure visual thingy out there rn. Way better than anything Quantic Dream or DontNod have done.

Tales from the borderlands is the best one

Ok yes this is absolutely right 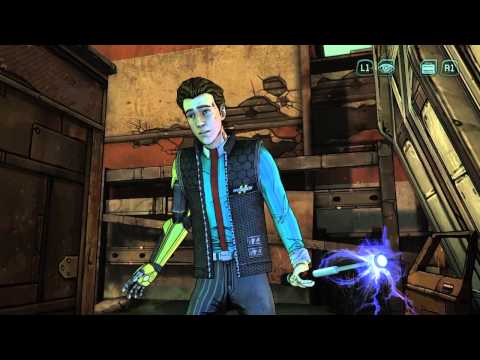