Eleven years ago @anon50098204 asked the question we were all thing: how are these shops still going? 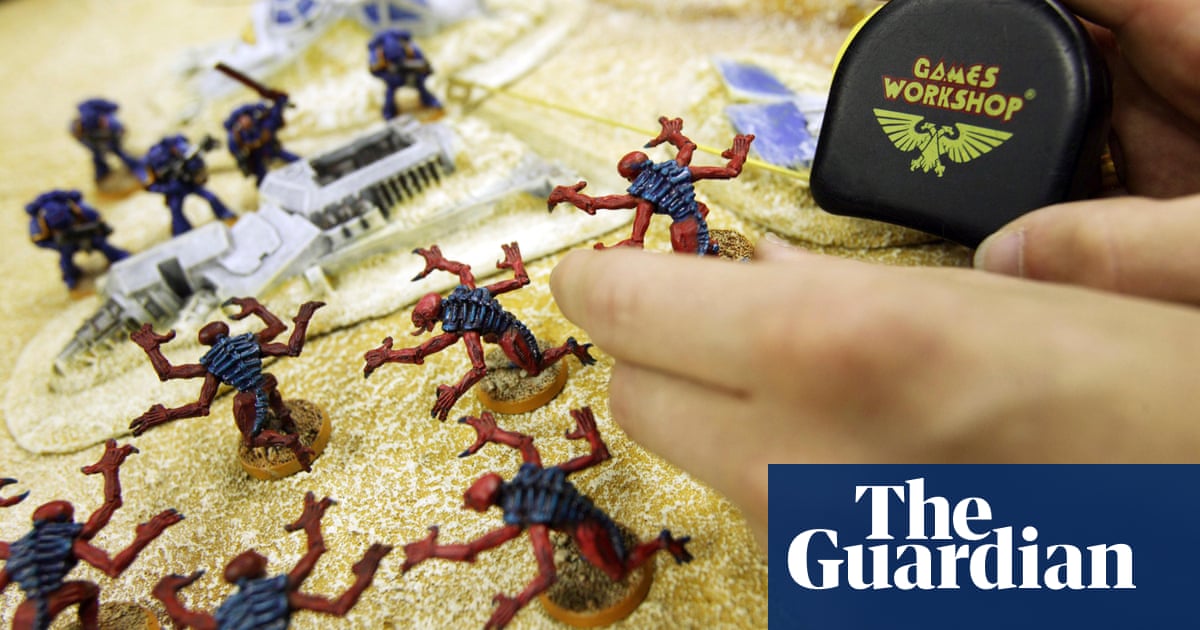 From The Hobbit to Warhammer, world of elves, orcs and ogres have made model-maker a stock market hit

They’ve shifted the focus of their business in the last few years to really target the hobbyist side of things. It’s smart - there are “better” alternatives to Warhammer and 40k that weren’t available when @anon50098204 asked his seminal question. If Fantasy Flight Games weren’t an utter shitshow of a company they’d be cannibalising this market even more, given they’ve got the Star Wars license.

Plus they’ve re-released things like Space Hulk, Blood Bowl and Necromunda. And they’ve got a new game called Shadespire which seems to be doing well, and has a release model that’s more like some of their competitors in that you don’t need to keep buying more and more figures to play. It’s about time they got a bit of business sense, tbqfh.

They should have paid me to write this, the Guardian person clearly doesn’t know their Imperial Fists from their Blood Angels.

You’d probably have to fight @Songs_about_ducking for the privilege.

Would look forward to a really funny Comment is Free style title.

We’d double team it! He knows more about GW, I know the FFG stuff. Together we’d make an incredible Batman and Robin Gotrek and Felix style duo.

the question we were all thing

What else could I do!

They should have paid me to write this, the Guardian person clearly doesn’t know their Imperial Fists from their Blood Angels

Agree - the Imperial Fists are the arse of the Imperium, whereas the Blood Angels are very much the elbow

As an aside, I saw an interesting video a little while ago which pointed out that Games Workshop had totally changed its strategy on its approach to video games. Previously they’d been really careful about who they dealt with - only teaming up with a couple of studios to produce a game every few years (Dawn of War, for example).

However, in the last several years they’ve pretty much handed out licensing deals willy nilly and now there’s numerous Warhammer and 40k-inspired games out there. Many of them look fairly crap and cheap (although I’ve only really played Total War: Warhammer if I’m honest) but among those there must be a few gems.

They ran the risk of cheapening the core product with this approach but if the article you’ve posted is anything to go by then it paid off - and probably earned them another few million quid they wouldn’t have earned otherwise.

Their video game licensing strategy is bizarre, but you’re right, it seems to be working for them. Having a portfolio of games that includes a heavy hitter like Total War: Warhammer (WHY IS THIS NOT “TOTAL: WARHAMMER”) but also Space Marine-themed chess is very strange.

The video game thing is odd.

Dawn of War and Dark Omen were pretty decent, but Space Marine was boring after 5 minutes, Total War is arse and everything else looks a bit naff.

Surely it would be fairly easy to transpose the tabletop game to digital. Something like the first DoW games but with full customisation on army-creation, rather than in-game build/resource management.