what’s mad is that I did actually watch most of these, seeing how much older they’ve all gotten is making me come to terms with my own aging. Sometimes it can feel like time doesn’t really pass and you stay the same y’know?

Oh shit, is that where that’s from?

Yup!!! The podcast where drew finds out he’s a meme a few months later was great

Resident Evil 8 on 84 on Metacritic

Lot of reviews says that it is a mix between 4 and 7 and quite action heavy, which sounds like a really good sweet spot to me. Think I can hang on for a sale though.

Reckon I would be buying this on Friday if I didn’t have the next few months gaming time blocked out for Mass Effect.

Finished Prey! So so good. Thanks to people who persuaded me to stick with it.

I decided pretty early in the game I’d nuke Talos and stop anything getting back to earth… nearly went with Alex towards the end but stuck with it. Apparently this is the “bad ending” which I disagree with. Saving the earth aren’t I? Redeeming myself. I didn’t expect the surprise twist either. Alex and the robots seemed to approve though cos they let me live.

Going to squeeze in Dishonoured before Mass Effect… only played about an hour but know I’m going to like it. 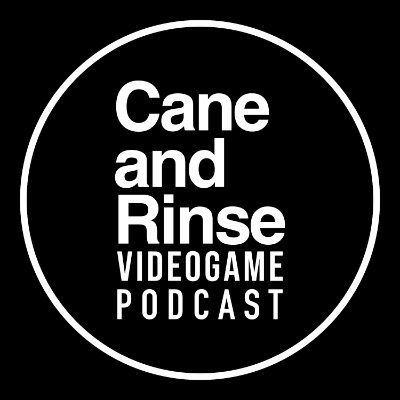 The Cane and Rinse podcast (caneandrinse)

Here we are folks, after six and a half years and 300 episodes the Sound of Play podcast is going on a prolonged hiatus and joining @ratsoalbion is @JaySevenZero and @InsrtCoins caneandrinse.com/sound-of-play-… All episodes available on Applepodcasts and Spotify etc. https://t.co/tnzUa3iKiM

I hope the main podcast is staying!

Really enjoy their more mellow and mature approach to podcasts

sorry I was talking about cane & rinse there

facepalms ITS BEEN A LONG DAY

hope you’re doing ok anyway duck, don’t see you around here too much these days x

Rule of thumb - the less I’m on the internet the better I’m doing!

happy for you then

Yup it is. Apparently the requests have dried up lately and so they decided to knock SOP on the head for a while. I can see why. After 300 shows I find it hard to suggest stuff now that’s not already been featured.

phew! Had some good ones lately, looking forward to the next console special one they do too

Yeah but it was hinted throughout that the alien stuff had already escaped back to earth by the time the outbreak on the station happened which is why I think it was considered “bad”.