I’ve got spare keys to a few from that Humble Bundle they did if you’re missing any of these:

Ta! I’ve got Leviathans, Utopia and Plantoids (apparently) but none of the rest, so that would be very gratefully received.

I’ve played a few hours of Endless Legend and have been thinking “this is cool but I’d like it better in space”, so then thought “well I’ve got Endless Space 1 and 2, could play those instead”, but then I thought that there’s already a narrative-driven space grand strategy game that I know I like and know how to play, and here we are.

Now, the important thing to remember is that I had a space onion tied to my belt, which was the style at the time.

You’ve just been conned out of thirteen Euro dollars.

Yeah, wasn’t a fan at all. Didn’t like the excessive hand holding, nor the maps that just felt like they were continually funneling you in one direction. The interface felt very clunky and the combat one-dimensional.

I can usually forgive anything as I’m such a fucking ‘Star Wars’ dweeb but I really didn’t enjoy that game.

Managed to preorder a ps5 this morning

I’ve not played the game myself but please enjoy this clip the guy who plays the Jedi trainer (I think?) attempting to train his toddler:

Rogue Warrior - if you don’t know what this is, look it up on YouTube. It’s basically Micky Rourke swearing for 2 hours. One of the worst reviewed games of the PS3 and 360 generation. I laughed a lot.

Call of Juarez The Cartel - ugly modern wild west bullshit with hilariously awful dialogue that repeats over and over as you shoot Mexicans. Total shite.

Sonic Forces - a very competent 4 hour game that was nowhere near as bad as I expected. Disappointed that it was alright. I wanted something terrible. I think if I was 10 I’d love it.

Resident Evil Village - one of the best games in the series. Absolute blast. Old school campness, great setting and characters, and some genuinely spooky bits. Just delighted the series is good again after 5, 6 and Revelations being absolute rot. Almost like a Resi best of in a single game.

Dishonored 1 & 2: holy shit! Brilliant. Got the first one for a quid in a charity shop on 360 and loved it despite bouncing right off it on release. Replayed the second right after and ended up doing a no kills and no alerts run. Loved it.

I’ve watched a few YT videos about rogue warrior. It looks like a right laugh. The voice acting is incredible

Suck my balls. Suck my big hairy balls. Get them in and around your mouth.

What a game. What a role for Micky. 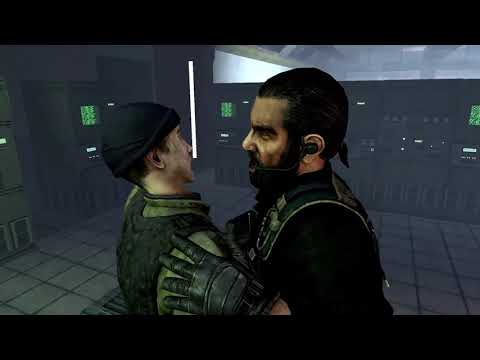 We all really excited for this Avatar game then, yeah? Yeah? The Starfield trailer is pointless. It’s still going to be a Bethesda game in space. That’s it.

That Xbox show seemed pretty bloody impressive, but I was only half watching it tbf. Forza 5 looks insane…

So are Bethesda games like total Xbox exclusives now? Not just timed exclusives?

That’s shit as fuck if so