oh no wait, K.A. Applegate by a longgg way 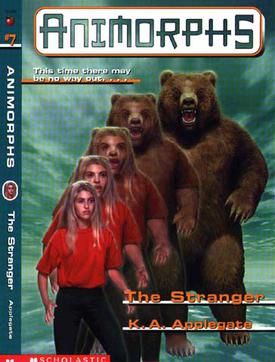 His short stories and novellas are generally better than his novels imo.
He doesn’t half waffle on.

Going via my Goodreads, Stephen King is my number one most read author also, mainly from when I was a teenager I think. I’ve probably read some more but forgotten them. Not sure if I’ve read any/much since his Dark Tower books though.

I still have more of Gore Vidal’s American presidents set of books to read, and I own or have some older books still to buy for the following: Le Guin, Vonnegut and Vargas Llosa.

My list of authors that I’ve read 10+ books of:

Probably Pratchett for sheer volume, if we’re not counting children’s books (in which case Dahl, Blyton and Stine would be up there).

I think Nabokov would have a good showing though.

probably Murakami sadly. read like his entire bibliography looking for something as good as Wind Up Bird.

In other news too good for the sci-fi thread, An Unkindness of Ghosts by Rivers Solomon is really excellent, though I may have been swayed by the relatability of a realistic and wholly written autistic non-binary lead being so relatable. Please more people read it.

Probably Stephen King here too. And also agree, his later work is flabby and doesn’t really end well at all. The Institute isn’t bad actually.

Also, Boy Parts is fucking excellent! (just to add to the deserved praise)

Pretty sure I’ve read every Stephen King book, so he must be my most read (and some of those books are enormous, so even if I’d read more books by someone else, I’d still have read more words by King). Not my mostest bestest writer by a long shot, but he’s always entertaining. I reckon he’s the writer I’ve been reading for the longest as well - I started when I was about thirteen and I’m still on the bus.

So enjoyable reading and then re-reading his work. Currently re-reading The Plot Against America, which is an engrossing and terrifying read.

Thanks for this author rec, I’m going to see if I can find any here!

Finally given in and reading Dune and absolutely loving it

endnotes #1: Preliminary Materials for a Balance Sheet of the 20th Century

Endnotes is a communist theoretical journal produced by a discussion group of the same name based in Britain and the US.

Which took awhile to get into but once I started to grasp the substance of the debate was actually quite interesting, I still think Theorie Communiste are a bit tedious tho’

Also read Elinor Ostrom’s Rules for Radicals which was really decent, not only for explaining the fundamentals of her thought but also how it applies to many of the current struggles we face today. 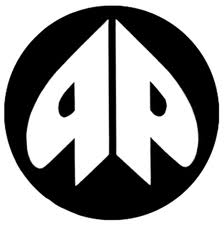 Elinor Ostrom was the first woman to win the Nobel Prize for Economics. Her theorising of the commons has been celebrated as groundbreaking and opening the w...

Probably will read governing the commons at some point…

listened the bbc’s abridged oyinkan braithwaite my sister, the serial killer ayoola says it’s the sisters word, against the doctors word, as to what happened. but she told the police she’d rang korede. surely the doctor told the police it was him that rang her? and that is easily the verifiable truth. does this matter? he did stab her, so…This text will be blurred

been lazily enjoying a few of these bbc abridged versions. candice carty-williams queenie is still up, too.

did finish an actual book recently, virginie despentes- vernon subutex 1. the title character used to run a record shop in paris. found the characters jaundiced outlooks nauseating at first, but was won over.

Want some good horror / gothic reading for the autumn

Books never usually scare me in the way films can. There is a scene in The Shining that really freaked me out. This is a recommendation of sorts

Hoping whoever has the Shining returns it to the library soon

whoever has the Shining returns it

You’ve already got it. You always had it.

Does this work? I don’t think it quite does…