So, Genesis are currently touring the UK…for the very last time! Let’s talk about your thoughts on Genesis…opinions on either the Gabriel prog years or the MOR Collins years are most welcome (also, if anyone wants to talk about that album they made with the guy from Stiltskin then go ahead). I’ll start by saying I have a nostalgic soft spot for the ‘We Can’t Dance’ album as my mum had it on tape and played it in the car a lot circa 1992.

My folks had the self-titled album on vinyl, and I loved it. They were also big Phil Collins fans, and I also enjoy the works of Phil Collins! I don’t really like the Peter Gabriel Genesis stuff (I’m sort of with Patrick Bateman in terms of how I think about Genesis) but there’s some exceptional tunes in their catalogue. Down and Out, Follow You, Follow Me, Invisible Touch, Mama, tonnes more. People, don’t be shy about enjoying the incredible interplay of Banks, Collins and Rutherford (or other forms of Genesis if you like them too).

Collins-era and his contemporary solo records are pretty much the only thing I remember my mum playing when I was a kid. I know she also liked the Gabriel-era stuff but didn’t play it nearly as often.

Tbf I’ve more affection for 80s AOR than 70s prog but I hope I never hear any of them ever again.

My dad is a big fan of Peter Gabriel-era Genesis, thankfully he never forced me to listen to it, he just used to talk glassy-eyed about songs called things like The Return of the Giant Hogweed and so forth. Consequently i was brought up with the idea that Phil Collins is the devil for turning Genesis into a planet-conquering soulless hit machine.

In recent years though, I’ve come to enjoy the planet-conquering soulless hit machine. Invisible Touch is a tuuuuuune. 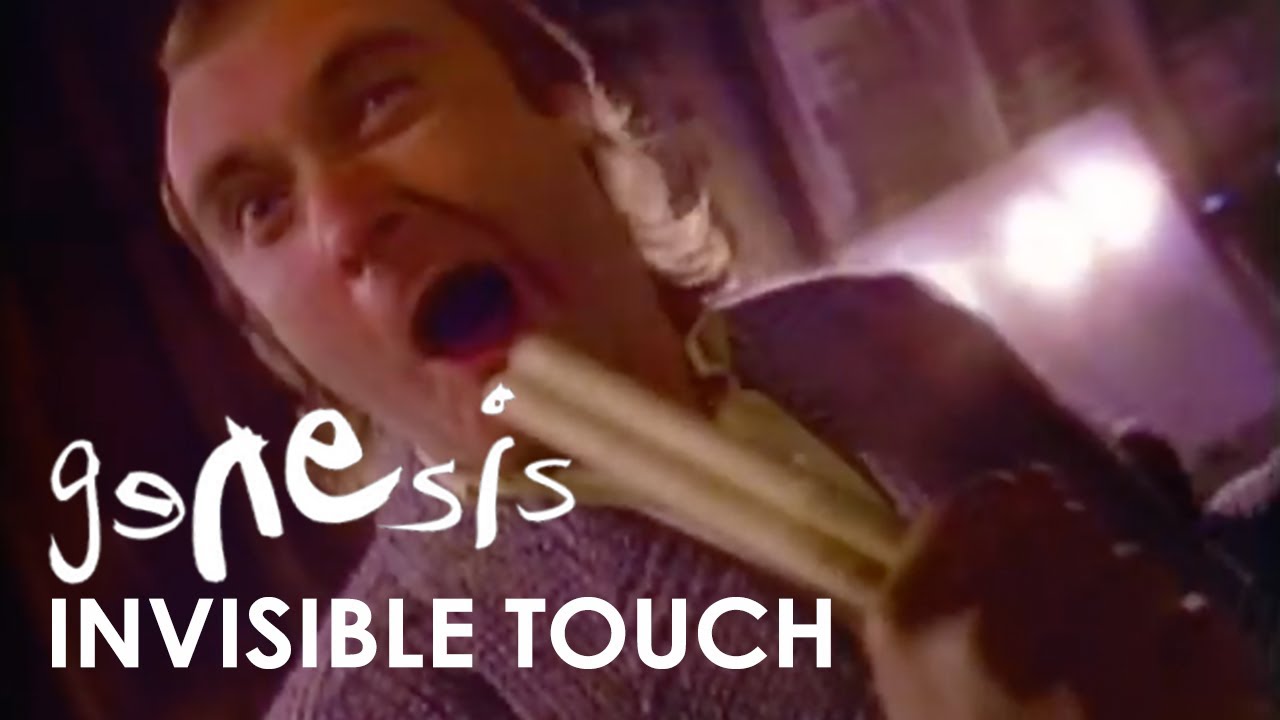 Always found Collins an objectionable character, but have to say I felt very sorry for him in that recent BBC interview. Looks like he’s had some serious health problems over these past few years.

Yeah, I agree, he didn’t look (or sound) well at all and he seemed quite melancholy.

Apart from a Greatest Hits, I haven’t heard any of the albums apart from ‘We Can’t Dance’, so I’ll check out ‘Genesis’ next. ‘Mama’ is a great song…very atmospheric.

Haha, ‘The Return of the Giant Hogweed’ sounds like a parody of a prog-era song but I’m sure Genesis have got a song by that name!

I find it impossible to discuss Genesis without mentally donning my see-through raincoat, which is a shame but that scene is very, very well put together

I really wanted to post the gif of him doing that amazing Ooh face. But failed.

I’ve really come around on 70s Genesis in recent years. If you have any patience for prog bullshit at all then Suppers Ready is worth a listen. It’s accessible and ambitious in a way that say, Yes, aren’t. 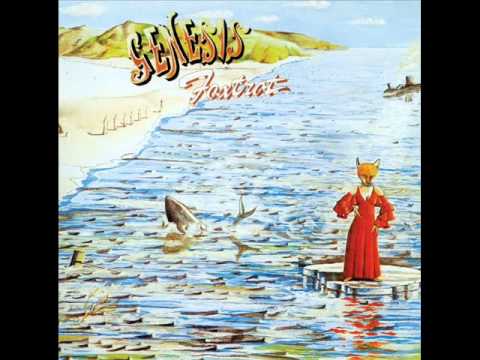 80s Collins, Genesis and Gabriel have all been redeemed by the soundtrack of things like The Americans. Some rubbish pop tracks in there but the more atmospheric stuff is excellent night time driving music… 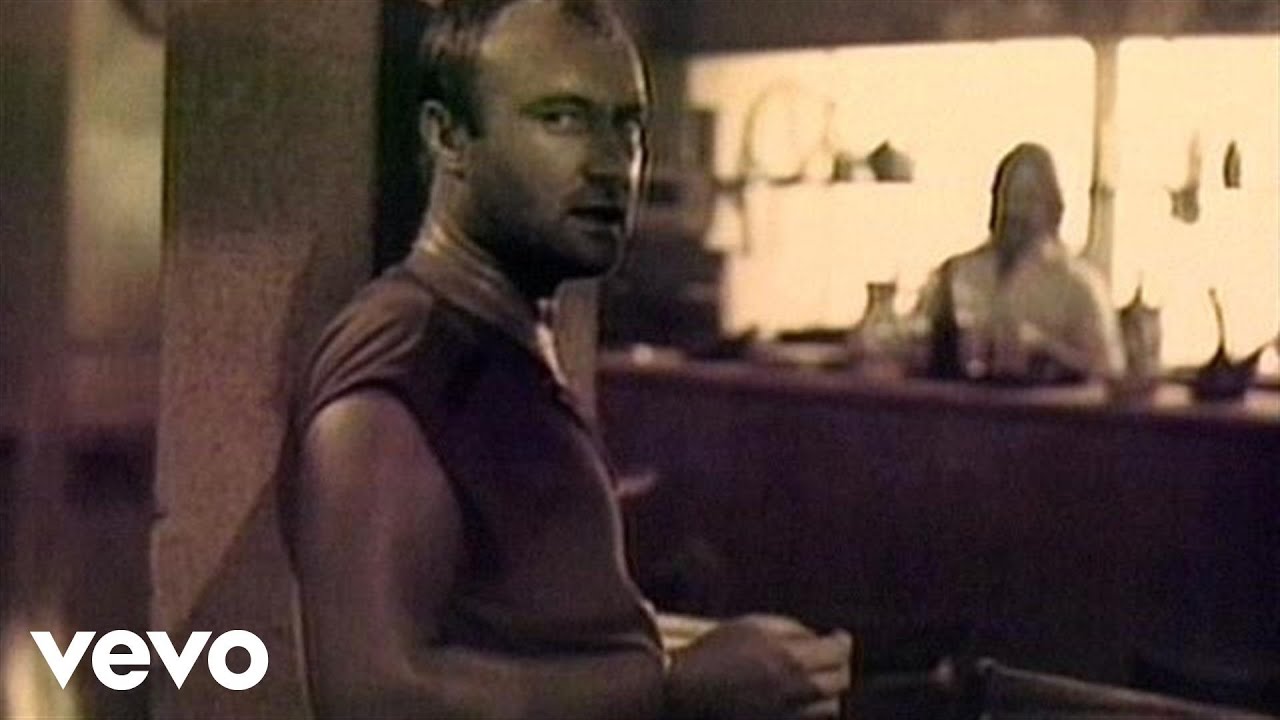 HEY MA BABY!
CAN’T YOU SEE OUR LOVE IS TRUEEEE

I had inherited some early Genesis albums a few years ago following the death of a beloved uncle. By inherited I guess I mean found them while having to rapidly empty his council owned house following his unexpected death one bleak August. I have a bit of admiration for solo Peter and felt some sort of obligation to listen so I explored Genesis last Summer. I like the more gentle, pastoral moments but really shy away from them when they er rock. They have a foggy, Autumnal feel at times. For Absent Friends is a lovely Collins song, its sweet sad and above all brief, probably the last thing someone would think of Genesis as being 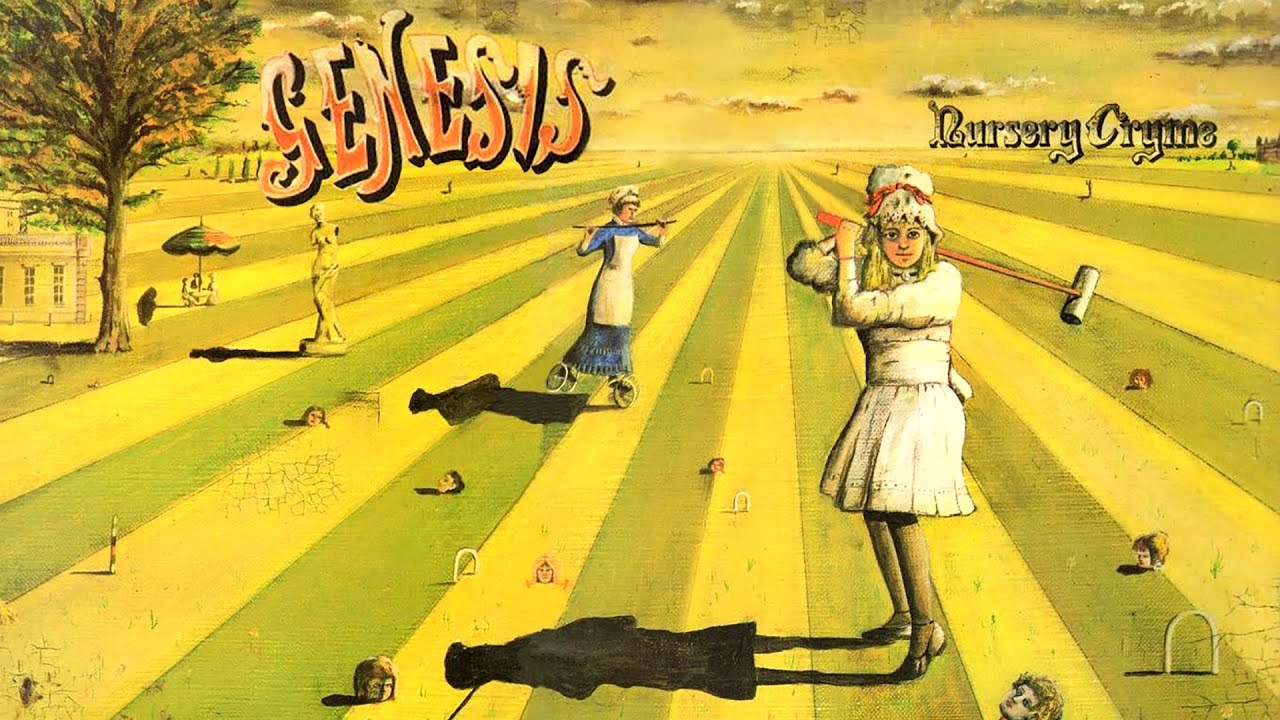 Guy Garvey has spoken admiring of Entangled before and you can see the cover must have influenced the Leaders of The Free World artwork. Another beautiful tune 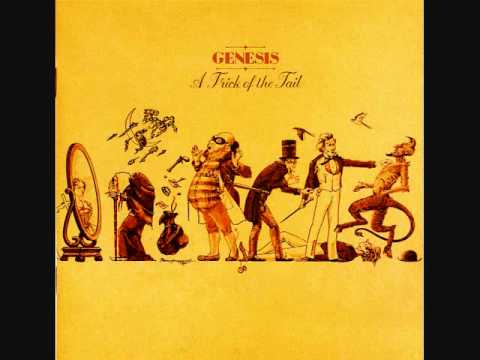 In terms of their big prog moments the eerie 23 minute(!) long Supper’s Ready would be my pick. I was very impressed when Maconie played the whole thing on Freak Show once. Lamb Lies Down on Broadway is a proper fantasy concept double album with a storyline threaded through it, a couple of nice moments but far too much for me. I think I hate it.

They were considered the absolute naffest thing going in the I Can’t Dance era, never sought out anything post Gabriel. American Psycho has done wonders for their rep. I am more open minded towards this sort of AOR now than I used to be, quite like Jesus He Knows Me and yup Invisible Touch is great.

Gabriel did some fun stuff

I remember hearing an interview with them about five years ago where Collins admitted that the weird “ha ha ha hurgh” noises in the middle of Mama were an homage to/stolen from the “ha ha ha” bit in The Message by Grandmaster Flash.

The only Genesis album I own is Duke. I was inspired to buy it on the back of Turn it On Again but I like all of it.

Seen some recent footage from the current tour. Phil Collins doesn’t look great from a health perspective. They are literally wheeling him on stage, where he then sits the entire show - and reports are saying he is struggling to sing a lot of the time. Obviously, there is no issue with him being unable to stand/walk - but it seems strange with all his money, he is putting himself through a tour.

I’m pretty sure Tony Banks would play with a reanimated corpse of Phil Collins if people would pay for it. Seems more than happy to cash in at any opportunity. I know Collins isn’t a particularly nice person but do feel sorry for him