Apparently this is a thing the kids do now 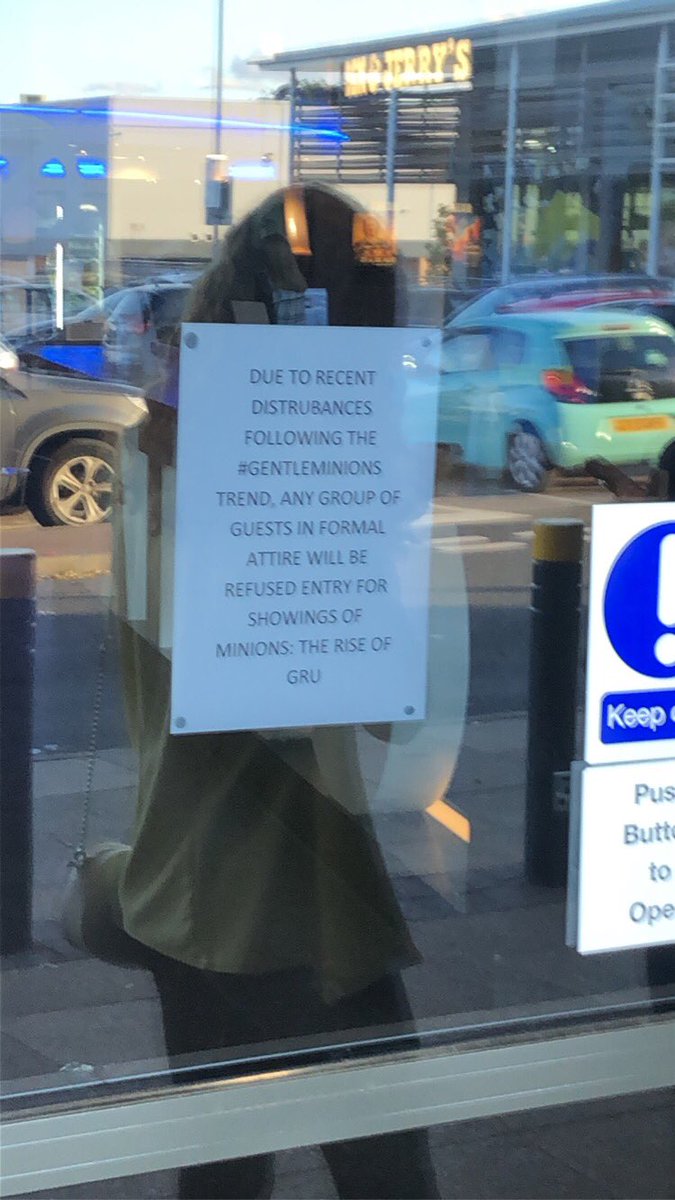 It’s going to be talked about for the next week. Probably close the thread when Adrian Chiles does his 4 paragraphs on it.

Seems like a fun thing to do as long as you aren’t spoiling the film for the younger kids at whom it’s very firmly aimed.

Feel they aren’t dressing formally enough. I want to see kids in top hat, tails, monocle and a cane absolutely go for it.

I saw a tweet about this yesterday and didnt understand it. I still dont ‘get’ it…

Maybe being in your mid 30s youre not meant to ha!

Shouldn’t be filming a cinema screen while in there, piracy. Lock them up

getting strong ‘m’lady’ vibes from them all

honestly, the fact that “going to the cinema” is now meme fodder makes so much sense. in the world of streaming content, going to a big room with a bunch of strangers to watch a film for the same price as a month’s sub, and not being allowed to talk or eat or go on your phone, makes so much sense.

seriously, i reckon that within 10 years cinemas will be gone.

seriously, i reckon that within 10 years cinemas will be gone.

starting to think we should just ban streaming

seriously, i reckon that within 10 years multiplex cinemas propped up by blockbusters will be gone and only smaller cinemas showing a smaller selection of films will survive.

in addition, i also reckon TV will die as well, subsumed by a streaming service content spiral.

I’ll take this any day over my aunt, a woman in her 50s, owning and wearing a minion outfit in public

She bought my mum a minion balloon which stayed inflated for 3 years and my mum didn’t know what to do with it so put it by her bed. Imagine having a minion watch you sleep for 3 years. (I have Feathers McGraw watching over me but that’s fine because he’s a chad, the minions are all virgins)

Do we know how Minions procreate? Has it become cannon that they all just exist?