Gerry Cinnamon, weirdly, can sell out two nights at the Barrowlands up here. Are there any other acts in the UK who have a similar popularity only in their home town? 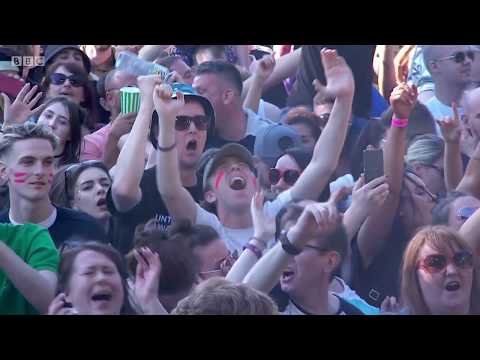 Good point. I am continually perplexed by the continuing popularity of The Courteeners. All their albums have gone Top 10!

thats not their home town!!

I know, it is terrible. He also does an awful cover of ‘I Wanna Be Adored’. I’m not a fan.

Missed a trick there by not covering Sally Cinnamon.

The Enemy used to routinely sell out the Ricoh Arena in Coventry and play pubs everywhere else.

Bush used to be huge in their home country of the USA while they’d be playing the Camden Monarch when they came to the UK.

I think Gerry Cinnamons success is slightly different to The Courteeners/The Enemy in that he’s done it mostly through word of mouth without any record label involvement (he used to run an open mic night a few years back so I guess it built it from there), I’m not a big fan but it’s a pretty impressive achievement.

You are right, whether you like to music or not (i don’t), it is an impressive achievement to sell out two nights at The Barras without any record company help whatsoever.

he’s managed by DF concerts, the “no label, no press, no agent” patter is pure pish

In that case, i retract my above statement.

I didn’t know that, thought he did it all himself

Ah, interesting! I thought he’d done it all himself. How’s he perpetrated this myth so well?!

The Twang regularly sell out the O2 Academy in Birmingham yet …I’m assuming they don’t do much elsewhere.

They still play quite large places in Glasgow, like the O2 ABC, which holds 1,300. Don’t know if they sell it out mind you!