LIMITED TO 750 12" RECORDS WITH ETCHING ON THE BSIDE. OUT 7TH JUNE ON ROUGH TRADE RECORDS. Great news. Hopefully this indirectly means Dara’s health has improved too, which is great to hear, and more important.

was just about to start this thread!

also for anyone who missed it, Alan (guitarist) put out a single with his new band The Claque recently (which made me think GB definitely weren’t going to be back anytime soon)

Ditto, it was nice to see that email pop into the inbox - have checked into their fb page every so often and there didn’t seem to have been any updates since about 2017.

Great news. Been listening to the album again recently, and it felt a bit melancholy considering they did appear to have stopped completely.

Also this is still so good: 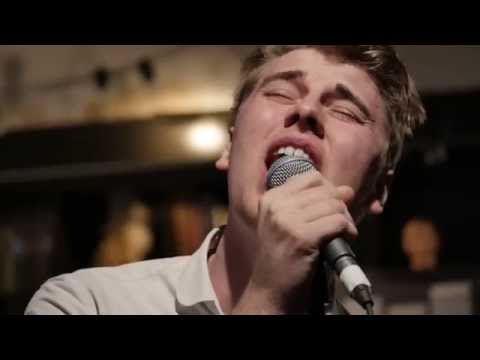 Cool , great news , I thought these guys were toast.

Absolutely delighted about this. As a few of you have mentioned hopefully this means that Dara is doing a lot better which is fucking great.
For me the most exciting band to come out in recent times. Cannot wait for this. Fucking yaaaaaassssssss!

Thought of you the instant I heard the news! We’ll have to go to a gig together again!

Holding Hands with Jamie is about to get fucking jammed on full whack. Sorry neighbours…absolutely not sorry.

Thought of you the instant I heard the news! We’ll have to go to a gig together again!

haven’t seen them since the day the album came out, regret passing up that gig now!

well timed as I’m in need of a brain scraping

Absolutely overjoyed when I saw this earlier, cannot wait to hear it. Also hope they get their guy who makes all their videos in to make something for it too.

I remember the last time I saw them they played a glam/Marilyn Manson type new one, which was still typically war piercingly brutal/glorious of course, wonder if it’s that one for the single?

Absolutely overjoyed when I saw this earlier, cannot wait to hear it. Also hope they get their guy who makes all their videos in to make something for it too.

Bob Gallagher, he’s done a couple of videos for Villagers recently too. his Girl Band ones are the best though

This is great news, love this band. I’ve got a hard going day on the horizon, so going to blast their hits to make things better.