I fucking love that saves the day album, it’s so punchy

Must admit I’ve never listened to a note of Saves The Day (that I know of anyway). Must’ve passed me by and then I probably avoided them for their emo sounding name

It’s a good album. Return to form after the shite that was In Reverie

The name is a fair reflection of their sound tbh. Also not fond of how they print merch with their initials on it. Who wants a shirt that says STD?

Haha aww I have a bit of a soft spot for some if In Reverie - this is still a banger at least: 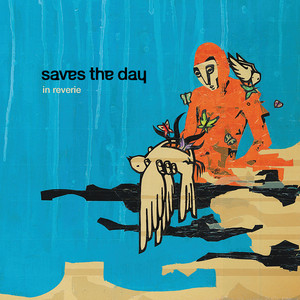 Absolutely love In Reverie m9. Probably one of my top 50 albums.

Two Tabs of Mescaline is such a good closer

first time I saw them was at Give it A Name in Sheffield. Sat through some dross just for them, they came out and burs tinto Tip Your Bartender. loads of kids waiting for Billy Talent and 30STM loved baffled

second time was at Leeds Fest to a half empty tent. Did Colouring Book in full

this is a great interview too

Watch Glassjaw at Reading Festival 2011 by VirtualFestivals on Dailymotion here

I’ve created a separate Saves the Day thread. Sorry for ruining this one Glassjaw fans!

i’m glad that we could agree on this

Fun fact: The first time I ever heard of the concept of tipping your bartender was via the song Tip Your Bartender. Crazy Americans

I didn’t used to be of that opinion as a Tortured Teen, but very much am now

a lot of my mates at the time were into EYEWTKAS and i just thought it was decent, but when W&T came along i was like fffffuuuuuu

i remember a bunch of my mates being disappointed with it. weirdos!

Didn’t know about this until today. It’s not on Spotify?

yeah, it’s right annoying that. Wasn’t the CD only available on merch stands?

yeah something like that, i just downloaded it as soon as it came out.