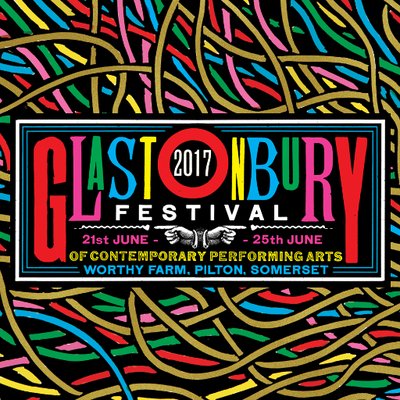 Here is our first Glastonbury Festival 2017 line-up poster (by @StanleyDonwood). Many more acts and attractions still to be announced! https://t.co/TteFaUxQyy 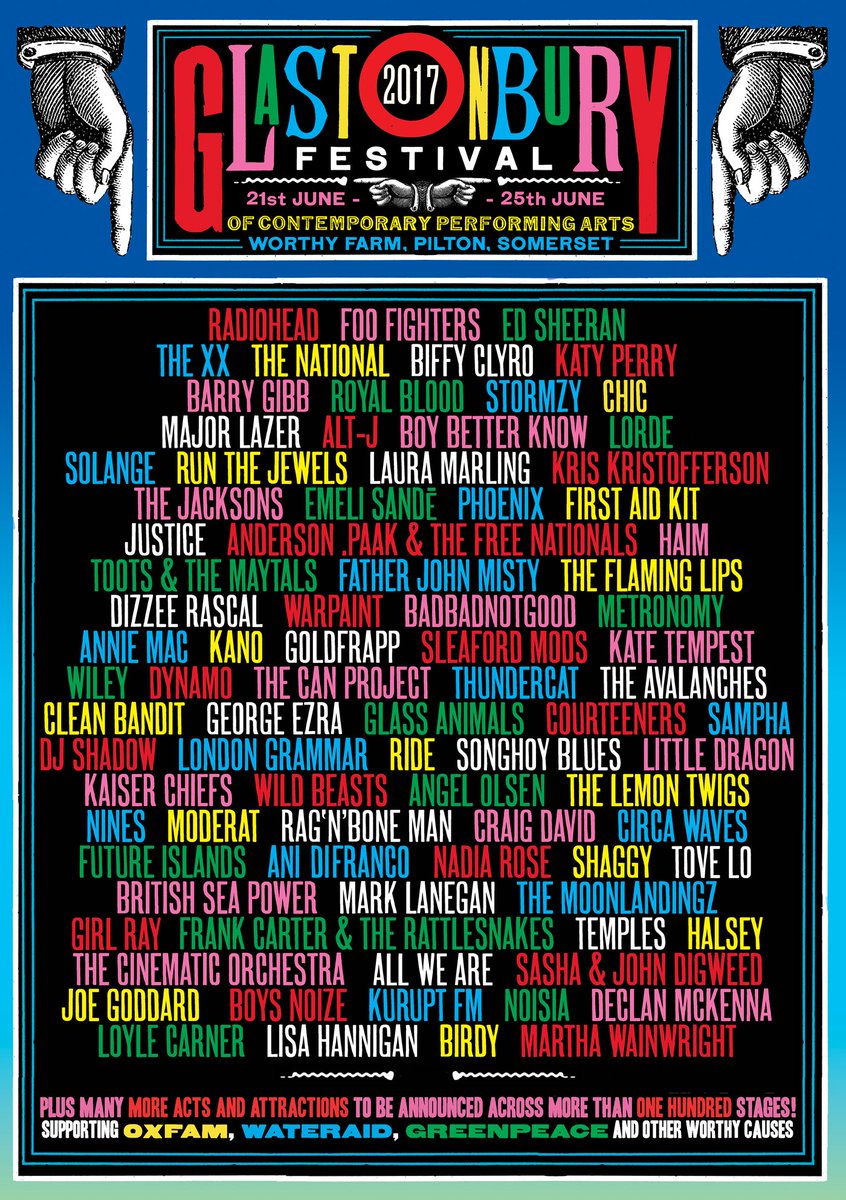 I will be seeing Katy Perry

Wouldn’t be too upset with that if I had a ticket, plenty of good stuff to go and see

Same as always really, loads of stuff you could take the piss out of but so much choice that anyone would be able to make a weekend of good stuff. Shame the headliners are all shite

Good lineup. Would 100% be going to see Katy Perry.

I dunno. Sheeran is utter cack, admittedly, but I’d enjoy Radiohead and (if drunk and convivial) would probably enjoy the Foo Fighters.

Feel like they call radiohead and the foos every year they can’t secure the headliners they want.

Foo Fighters have never headlined Glastonbury. And Radiohead haven’t since 2003

Most people who stay at Glastonbury Festival camp in a tent. There are different camping areas, each with its own atmosphere. Limekilns and Hitchin Hill Ground are quieter camping areas, whereas Pennard Hill Ground is a lively campsite. Cockmill Meadow is a family campsite and Wicket Ground was introduced in 2011 as a second family-only campsite. A disabled campsite is also available in Spring Ground. Campsite accommodation is provided in the cost of a standard entry ticket but festival-goers mus...

1 (one) person has said it’s a bad lineup

That is a surprise. Still don’t think either of them have made anything good since 2007 but still, plenty of other stuff to see innit.

Fuck, yes I guess In Rainbows is 10 years old, isn’t it? I guess you could say that none of those three headliners are particularly exciting as such. But then, I’m wondering who would be an an exciting choice for a headliner this year.

And anyway (a) I’m not going and (b) there’s plenty further down the bill.

I wonder who decides the order for these lineup posters. Some of it’s a bit perplexing. Run The Jewels are pretty low down, but maybe that’s because they’re not massive over here?

Anyway, I’m not going, but I’d be happy with Radiohead, RtJ, Father John Misty, Goldfrapp, DJ Shadow, Wild Beasts and Mark Lanegan, and I’d probably go to see Foo Fighters, Royal Blood, Chic, Metronomy and Courteeners if nothing else was happening. Dizzee Rascal would probably put on a good show (as would Katy Perry).

Think Rihanna’s the big crossover who’s got the back catalogue to do it and hasn’t done it before, and would be fucking awesome, maybe Taylor Swift, maybe Drake. But yeah generally it seems like there’s just a really small pool of ‘headliner sized’ bands that hasn’t really been added to much in the last decade or so (which is why you get Kasabian headlining etc.)

Kendrick would kill it.

OH MY WORD YES, they should get him next year