Obviously Glastonbury is great in the sense that you can go see nerdy beard bands if you want but then you can also go see someone like Katy Perry or the lad out the Bee Gees or Shaggy for a bit of a laugh and not take yourself so seriously.

barry gibb in the legend slot should be great

Badbadnotgood, Thundercat and The Cinematic Orchestra!

Obviously not going but will be checking out as much of the TV coverage as possible. Won’t be watching Radiohead so as to avoid spoilers for their Glasgow show which is a couple of weeks afterwards.

Going to be some hype around Stormzy that weekend isn’t there?

Its alright but theres nothing there making me regret not having a ticket. The bands Id wanna see I have seen before and aside from Shaggy and Katy Perry, not really anyone I would go see because I wouldnt get a chance to again 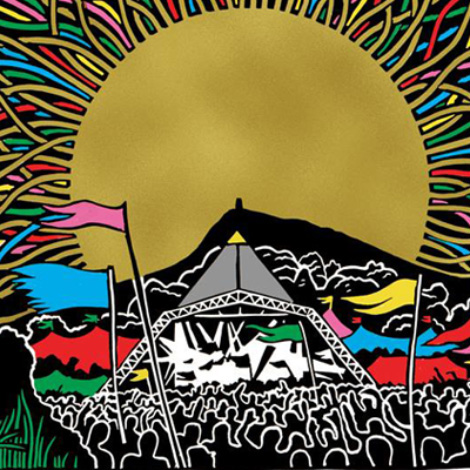 Lots of horrible clashes (Radiohead vs Flaming Lips) only 45 minutes for the National and Sunday night doesn’t look very exciting.

Why would you put Avalanches and DJ Shadow on at the same time? That’s just stupid.

They generally do that sort of thing to avoid overcrowding.

Oh my lord, it’s amazing. I may not get any more work done today.

Fuckin’ groovy. Sunday does look a little thin on paper but I’m sure there’ll be plenty to see and enjoy.
Can. not. wait.

Yeah, I wasn’t exactly worried about Sunday night, but it was looking like it would be the first time in years that I didn’t have anything big or special to look forward to. Think it’ll be Justice.

No theories. I did think that Dave could fill the Other Stage slot before Wiley if he did well on the Sonic stage on Friday night. He won’t as that might be a lot of grime in one go, he’s not well known enough and it’s an hour long slot and I’m not sure he’s got an hours worth of material yet.
So, yes, that’s my shit, wrong theory!
How about you?

Well, they’re apparently celebrating 10 years of The Park, so that TBA there could be someone from their inaugural year.

Really, though, I’ve no idea. Going to spend a few hours on the eFestivals forum to see what they’re saying.

Ah, The Manic Street Preachers are playing Bristol on the Thursday, then they’ve a suspicious gap in their tour schedule.

A lot of people think it’s Elbow on The Park.

The consensus seems to be that Liam Gallagher is one of them.

Ah, The Manic Street Preachers are playing Bristol on the Thursday, then they’ve a suspicious gap in their tour schedule.

Remember when they had that portaloo for their own personal use and, I dunno, let’s say Jarvis Cocker, took a massive chud in it? Fuck those twonks.

Yeah, there’s some hilarious footage of (I think) Joe Strummer acting all desperate outside it in Julian Temple’s Glastonbury film.

The Croissant Neuf TBA is apparently going to be an Ed Sheeran acoustic set, as it’s the first stage he ever played. Chaos will reign.