I’ve just come back from one at a restaurant, had a good time, but I feel a bit guilty because I had three drinks (one 330ml lager and 2 expensive-ish 660ml lagers). Got through them pretty quickly as I sipped them like a fish, which is sort of what happens if you’re a bit shy.

I was also pretty much the only person drinking alcohol (most people had lemonade/water).

On one hand I feel a bit guilty and am a bit worried that people might think I took advantage of the fact it was paid for, but then again we were all told weeks in advance it was all paid for, and there were a lot of us so the whole thing was presumably expensive anyway. I just assumed it was alright for us to go to the bar and get another drink if we fancied one, but I was the only person who actually did this. Should I feel guilty, or am I worrying a bit too much?

Next working day, before you have a chance to be pulled up on it, sucker punch your boss the moment you get in.

Even if he beats you up afterwards, people won’t bother you much afterwards because they’ll think you’re a bit crazy.

was it coming out of their own pocket?

I can guarantee you if a boss has offered to buy dinner for a team of people, buying three pints and then a bunch of waters will be his literal dream come true.

Dunno, I didn’t notice any actual payment/card transaction or anything. Maybe the whole thing was free?

We all left on good terms so meh I guess.

Even if he beats you up afterwards, people won’t bother you much afterwards because they’ll think you’re a bit crazy.

shoulda rinsed them for a few more drinks regardless.

I would put my overtime requests for next year in early to pay that back, probably offer to work christmas day as well just to.make sure

I think usually if there are conditions attached regarding drinks then you’ll be told in advance, for example I’ve been to places where they put the first drink on the tab and if you want any more then you go up to the bar and pay separately. Personally I don’t drink on work do’s because I’d feel too guilty but I’ve seen other people drink like fish including the bosses, if they’re the ones ordering extra bottles for the table then it’s all fine.

If youre really that bothered though then offer to pay for your drinks when youre next in work. If he says its fine, the fact yoyve asked gives you brownie points anywau

Cool, I’ll bear that in mind.

But idk I’d just feel a bit embarrassed even bringing it up. I probably have a reputation now of being a bit of an alcoholic whereas everyone else seems to be completely teetotal. Then again it is a pretty teetotal sort of environment. I’m by far the most ‘rad’ person there (yet at the same time I’m by far the biggest wuss on drownedinsound).

I had three drinks 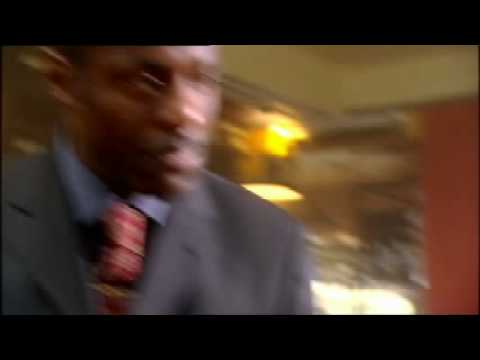 Probably not, but some people do consider that to be quite a lot (bearing in mind I live in a very boring part of the country where people don’t really go out much).

You’re fine man. I’d just suggest not drinking loads more than anyone else. But one or two more than the others, sure, that’s fine. I wouldn’t bother offering to pay for it.

I guess it’s good for me that my boss sunk his first pint in about ten seconds flat and then asked who else wanted another one.

Definitely wouldn’t worry. Might be that the others had plans later or were driving. Or just didn’t fancy a drink on a Monday.

Paid for by the company - fine

Paid for by your boss who is just a middle management shill (?) - Poor etiquette