Really looking forward to how realistic the gunshot wounds in the next gen Call of Duty game are going to be because of this.

Remember really getting into the leaves in crysis 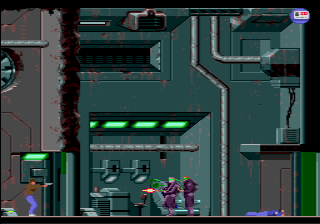 i understood some of those words

look how defined those abs are!

Not gonna get that on your PS5s are you

One step forward and 2 steps back.
It’s all about the gameplay maaannnn

how can you not smile at this

Am I the only one not that impressed by that? Like they’re gonna charge you an arm and a leg and it’s basically the same

yeah I said this is another thread really, big picture wise I can’t really tell much difference from games I’m currently playing

The guys in the vid were like look she holds the door as she passes it. Like games did that in the ps2 era pal

There’s a point where photorealistic graphics and realistic scenarios in games is just too much.
As someone mentioned upthread would you actually want to be fully immersed in a war game so realistic it’d be unable to differentiate from reality (particularly if vr improves), seeing all the harrowing shit that you would in Vietnam for example.
Surrealism with powerful graphics is much more appealing, but again as I’ve said gameplay is king. Plenty of the big budget AAA crew are pure dogs hit whereas loads of indies are amazing.
If you’ve made it this far I had a point in mind, no I’m not sure what it was. Have a nice night!

The real trick would have been if they’d revealed this

Was all Unreal Engine 5 because they’re all at home in their pyjamas due to lockdown.