Find myself putting the radio on more these days when I’ve got no idea what to listen to.

I don’t suppose there’s any good apps or resources where you can subscribe to stuff and have it on a the same feed from different sources?

I like Iggy Pop on 6music and Frank Ocean’s apple thing.

When I want something to listen to I go to WFMU.org on my computer. There’s lots of cool and weird music.

I really enjoy Time Crisis on Beats 1. The show is presented by Ezra Koenig of Vampire Weekend and co-presented by Jake Longstreth (guy from Dirty Projectors’s older brother). They discuss contemporary music and compare it to stuff from the 90s, 80s, 70s etc. They also discuss corporate history - which turns out to be more funny and interesting than it sounds.

They have a really natural chemistry and have some really funny segments. Ezra’s analysis of lyrics are often insightful. All the shows are archived here: 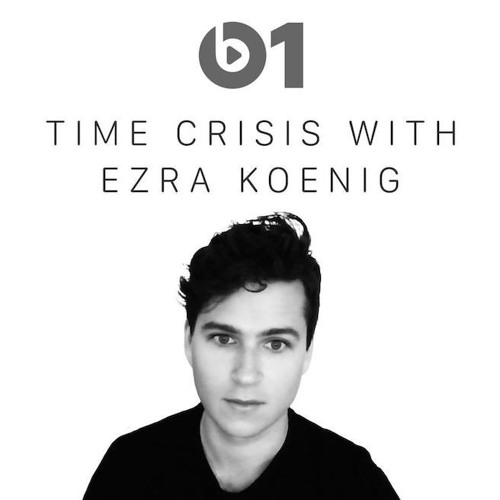 vampire-ezra *ON HIATUS FOR A BIT SORRY :(

Keavney is like fingers down a blackboard for
me with his tedious northern schtick (I’m a tedious northerner too). Morgan and Charles rub me up the wrong way mainly because they feel the need to talk over the end of songs. I like laverne’s patter but her taste in music is bland. Hobbs is too earnest. Lammo is a bit too 1994. Consistently enjoy Riley’s music the most.

Other radio: I tend to tune into the Aussie regional stations for example RRR (which is Melbournes, there are also others for the other cities) can usually find something good during the daytime here as it’s their nighttime interesting programmes there.

Dark Side Of The Tune with Immortus X is on my local community station, WERU. It’s one of the best shows I’ve ever heard. Past shows here.

The listen again service for the station is a bit crappy unfortunately.

I know what you mean about Mary-Ann Hobbs’s earnestness, but her music selections are brilliant, wide-ranging and frequently surprising. Her show is the best on 6Music I think. I also like Marc Riley and Gideon Coe (although I don’t hear his show as much as the others because of the time it is on).

Tom Ravenscroft and Benji-B. I rarely get through both of their two shows over the course of the week tbh.

Any non-Radio 6 suggestions? My favourite radio thing used to be Mike Davies on Radio 1, but nothing’s really filled the void since they cancelled it.

On Resonance FM: The OST Show presented by Jonny Trunk. Every Saturday 4:30 PM to 6:30 PM.

That’s a blast from the past - I went to see him do his Dirty Fan Mail show donkeys years ago in Bethnal Green. I won the raffle for a framed photo of an original letter from spunky Arthur.

framed photo of an original letter from spunky Arthur

Marc Riley is great, but his picks feels rather predictable a lot of time - seems like he’s on commission to mention Teleman or Thee Oh Sees. But if I want to hear some quirky guitar bands, he has the go to show.

I really don’t mind Keaveney, but Laverne is the best listening at the 9-5. Iggy’s show is a great unpredictable scattering of songs, as is Jarvis Cocker’s.

I would like to know about more stuff away from the beeb though, I’ve not tried Beats radio.

Yep, it’s about as glamorous as it sounds. But it’s the first (and last thing) I’ve ever won in a raffle so I was quite pleased with myself. Mrs prob won’t let me hang it on the wall though. Funny that.

Is Beats 1 worth it then? I have been tempted by it. Can you listen to it without the subscription?

Also, we’re listening to Gary Davies on Radio 2 at work. I would not recommend that.