Starts next week. Here are the bakers:

On your marks… get set… STARE! Here's the fresh batch of bakers on next week's new series of #GBBO... https://t.co/hwtNIAHnPq 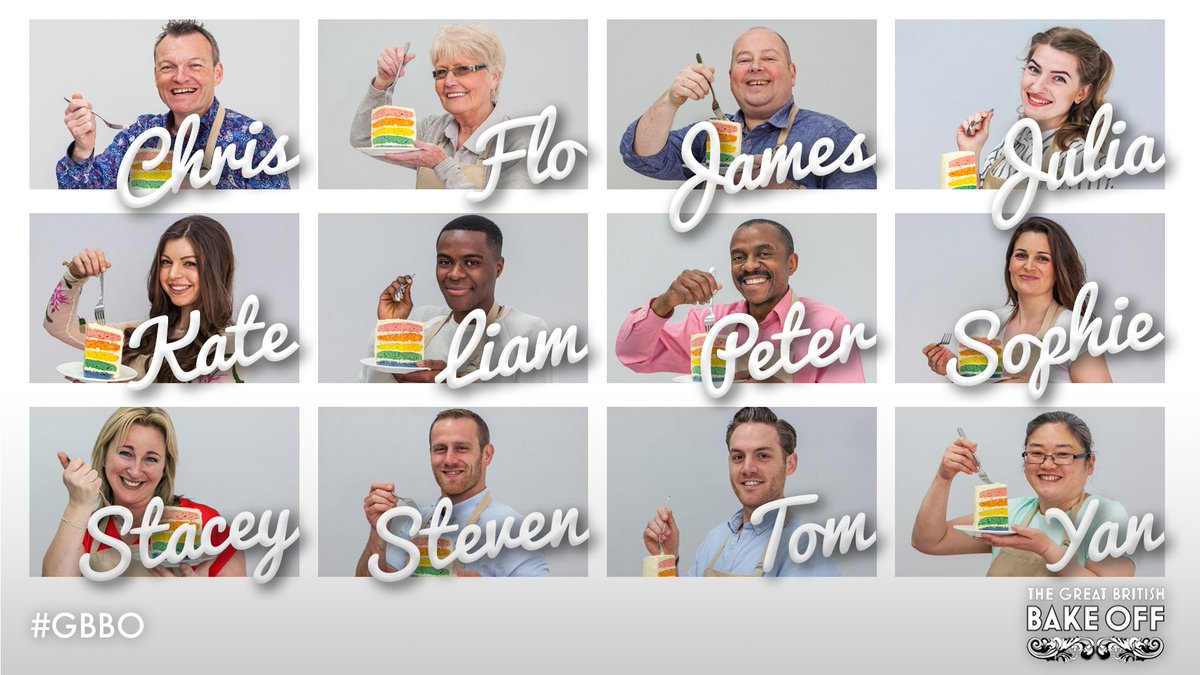 Early predictions based on pictures alone. Tom to be unbearable. Sophie and Peter to win the nation’s hearts.

Great, how many weeks have I got to put up with this being literally the only thing people talk about at lunch?

In related news I watched that Nadiya’s British Food Adventure last night. Now she’s a National Treasure alright but a TV presenter in that format she ain’t.

Won’t be watching it.

I will not be watching and this has got me completed irked.
Who the fuck do they think they are

Things that have annoyed me about this:

if you’re gonna buy out the GBBO, make it different/your own. Don’t just do it all the same.

Also all of you who are on this series and those who applied are complete traitors and i will not stand for it!

Colour me Tory, but I’m not too fussed about the switch to C4. Sure, I hate adverts as much as the next person and I get that there was something quintessentially ‘British’ which has been lost to the rampant march of capitalism, but I’m mainly just looking forward to getting overly emotionally involved in other people baking again. I also still really enjoy Noel Fielding, which I guess is a turn-off for others, although obvs I loved Mel and Sue.

Noel Fielding had his moment and now everyone is over it. It’s not quirky or cool any more. Have you watched the Mighty Boosh now you’re older? It’s awful!

In this day and age its very easy to just skip the adverts anyway so people complaining about it are probably the type who still haven’t worked out how to use torrents.

Who will be watching and who will be boycotting? More importantly when is it actually on?

Yes, re-watched season 1 a few months ago with the TV and really enjoyed it.

Theres no hope for you then
Enjoy bake off!

The best thing is all the people acting as if they have to watch it, and put up with it.

No you don’t mate. If you, like me, watched it because you liked Mel & Sue and Mary Berry, don’t bother now.

Paul Hollywood is not enough to drag me over and he’s a fucking prick.
I don’t even know who the other two frumpy birds are.

You don’t know who Sandi Toksvig is?