Would like to see Peej, not mad about the others though. Will be interested to see who else is on further down the bill. 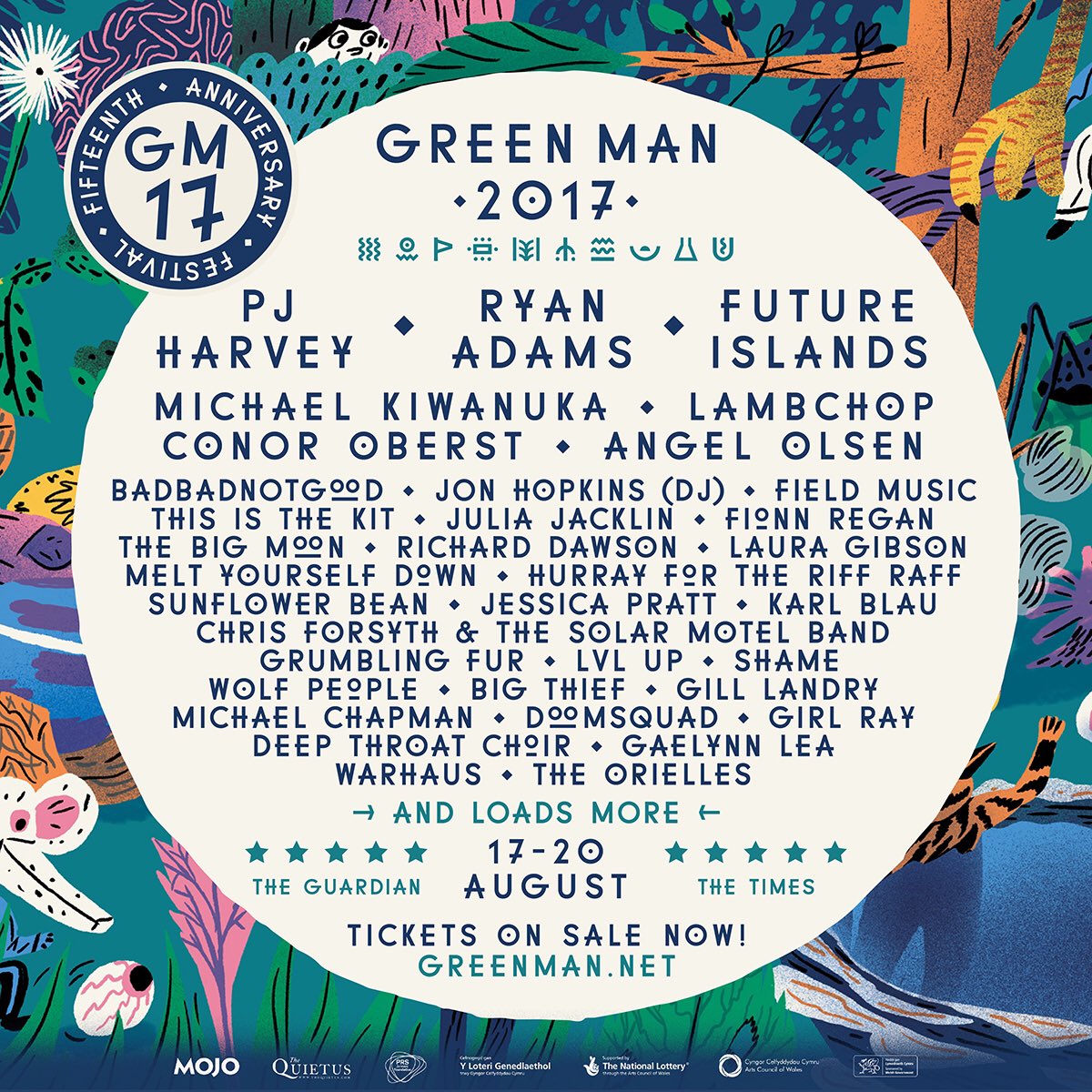 “Surprise.... @GreenManFest Brining the band to do their magick beyond the shadows of the black mountain XXO”

Great line up announcement - was hoping for Adams, Oberst and PJ for EotR, so that clearly isn’t happening!

really uninspiring line up that

Love PJ but think her performance really depends on the album she’s touring. Really didn’t like her last album and at Glasto last year just went full throttle on it.

Not the most badass first announcement but always seems to build pretty nicely through the year and just an awesome festival.

I think he’s just a human sacrifice to the forest people, and then they’ll stick him on a pole and let him twitch. Largely the same effect from what I understand.

You’re right, and there’s plenty to dance to in that list.

They normally announce a lot more later in spring, including some of the bigger acts. The last two years looked great, not fussed by this year.

Hmmm, not hugely exciting announcement, will keep an eye out for further additions. Does this festival usually sell out? Been wanting to go for years and this years appears to be the first time I might actually be able to go.

Usually sells out, but not until close to the date.

I’m a massive evangelist for Green Man - I absolutely adore it, and never miss it - but must admit I was expecting more, not least because of the monumental fuss they were making about it being their 15th birthday party. Nothing very special here, really.

As people say though, GM has a tendency to slow build its line up, and they favour curating the actual weekend as experienced by the audience, rather than how it looks on a poster. It’ll be another stunning weekend I’m sure.

So much good stuff there. I know I know this, but they don’t do day tickets, do they?

Only for locals, I think…