Anyone watching the new Attenborough thing? Managed to totally pass me by, but saw a fascinating clip about giant water lilies - so now I’m fully on board

How to watch The Green Planet

Without trees and flowers, there is no life. The Green Planet, a new BBC series presented by Sir David Attenborough, takes us behind the branches and into the undergrowth.

This was the clip, still get blown away by some of the shots they get and the way they edit this stuff 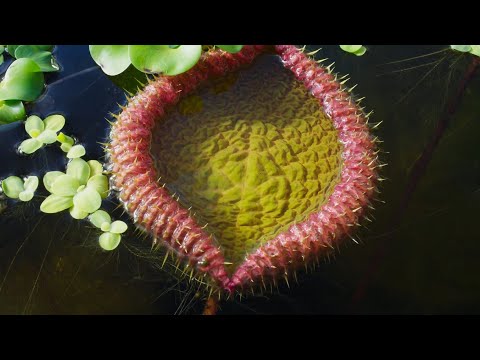 They do a lot of the extreme close up stuff in studios. Still, amazing.

Nah makes total sense, but as you said still ends up with amazing results. Probably allows them to do stuff that just wouldn’t be feasible in the wild too

For sure. I’ve been to a couple of the studios, as it happens. Incredible setups… they look almost like perfectly lit modern art pieces. Everything done with such precision.

The sound effects are fucking hilarious too.

PlayStation controller for the Triffid camera

What a lovely watch