Been rewatching this after a few years and it’s fucking brilliant, to the point where I can’t think of much that’s better. Every scene has at least one properly funny moment or line. What’s the DiS opinion? Good? Great? Shit? Not enough bikes?

Too many bikes for my liking.

Had its moments, but largely shite

Loved it when it was first on especially the first series. Watched it again a few years ago and it just irked me.

That’s all down to Mark Heap being brilliant really.

Yeah it was good, can’t remember any specific stuff but remember finding it consistently very funny. Also the pub scenes were filmed at the social club of a hospital I (much later) worked at

Also, my mate Finn worked on it (who I only met years after it aired, then only found out about his work years after that)

That wasn’t one of the options, sorry.

I really struggle with Stephen Mangan.

If he were chocolate he’d eat himself.

Yeah I get that. Guy Secretan is a fantastic character though.

Statham and Joanna’s relationship is incredible, the way it matures as a full-blown emotional arc out of the silly sketches at the start as the season progresses is a masterful piece of comedy writing.

Mark Heap plays the same character in anything he’s ever in… and it’s always brilliant.

Yeah it was great. Spot on ensemble cast, surreal flourishes, and still some story lines you kind of cared about. 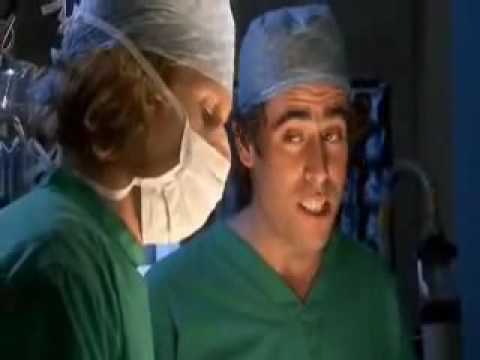 I met him once and he’s exactly the same in real life. Remains my best ever celebrity encounter.

He used to have a flat in Bath and came into the pub I was working just before one Christmas to order some micro casks we used to sell. When he came back with his young daughter to pick them up I was there and took him to the place we kept them out the back. He then noticed that instead of labelling them ‘Mark Heap’, I’d written ‘Mr Lizard’ on the post-it. He looked all wistful and said ‘Ahhh Mr Lizard, thank you for that, everyone normally talks about Brian’. He then proceeded to try and get his daughter (aged roughly 7) to lift a micro cask and did his weird little growly voice thing saying ‘go on, lift it!’ Never saw him again after that. Made my year.

It hasn’t aged badly at all. S2 does tend to go off the surreal deep end compared to S1 but still has its moments.

My mum fucking LOVED it.

Thread for posts that are funnier out of context
next page →