So fucking horrific watching this unfurl. Why didn’t the government set up a base of operations to liaise with residents etc at the site? Why not get some professionals onsite to help distribute resources? Why not get grief councillors etc onsite immediately to aid with the ongoing situation??

Because they genuinely don’t see these people as worth their time/money/effort and are prepared to give voxpops and literally nothing more. 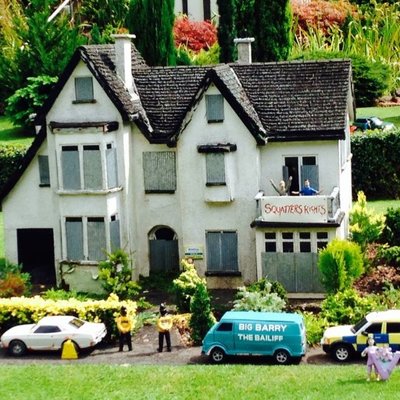 What an eloquent, powerful argument. And the entire time that fucking farcical Brains impersonator has that absurd condescending look on his face when he’s being told that classism is the reason for anger. Worthless slime of a man.

That man speaks more to me in nine minutes than frontbench MPs have done in a lifetime.

can’t remember who said it up thread but it’s so fucking good to see articulate, intelligent working class people given a voice

I saw a woman on the news talking about how one of her neighbours was a 70 year old who’d had a stroke and couldn’t walk was made to live on the 23rd floor. Horrifying.

What a great guy. What a legend.

If voices like these were being heard in both the media and HoC, our country would be an infinitely better place.

My least favourite take = the idea that only Grenfell residents should be protesting. That's how alien the concept of solidarity is to some.
5 Likes
sarahispi 18 June 2017 09:05 #418

How likely is this to be correct? I’m in no doubt things are being handled terribly but I don’t want to spread fake news about this when it’s distressing enough as it is.

A man who lives in a nearby tower to Grenfell said this about why we aren't hearing any official figures on the death toll. https://t.co/Hma73v0Z5g

My issue with this isn’t that the death toll figures are not yet accurate - I think everyone has admitted that it will rise considerably - it’s the idea that the figures are being kept secret as part of a conspiracy to deflect attention and protect the government. And while I wouldn’t put anything past this shithouse government, actually, this is just the result of due process. Finding the bodies, identifying the bodies, and contacting the nearest relatives is a process that will take a long time, but that’s the way it has to be done. If we’re asking the “real figure” to be released now then that means a lot of people are going to have their friends and relatives’ deaths confirmed to them by the front page of a newspaper, which isn’t actually a good thing.

Yeah, absolutely. Plus you’ve got to factor in that there may well have been people in the building who weren’t actually resident there (staying over with friends or family, for example), which makes the figures difficult to calculate.

Which isn’t to say the whole situation isn’t awful for people with family and friends missing who are still waiting to find out what’s happened to them.