What does everyone think about Greta Van Fleet? Seemed to be really hyped at the moment in certain quarters. Sound very Led Zep to me. It will be interesting to see how their album pans out.

What I’m talking about… 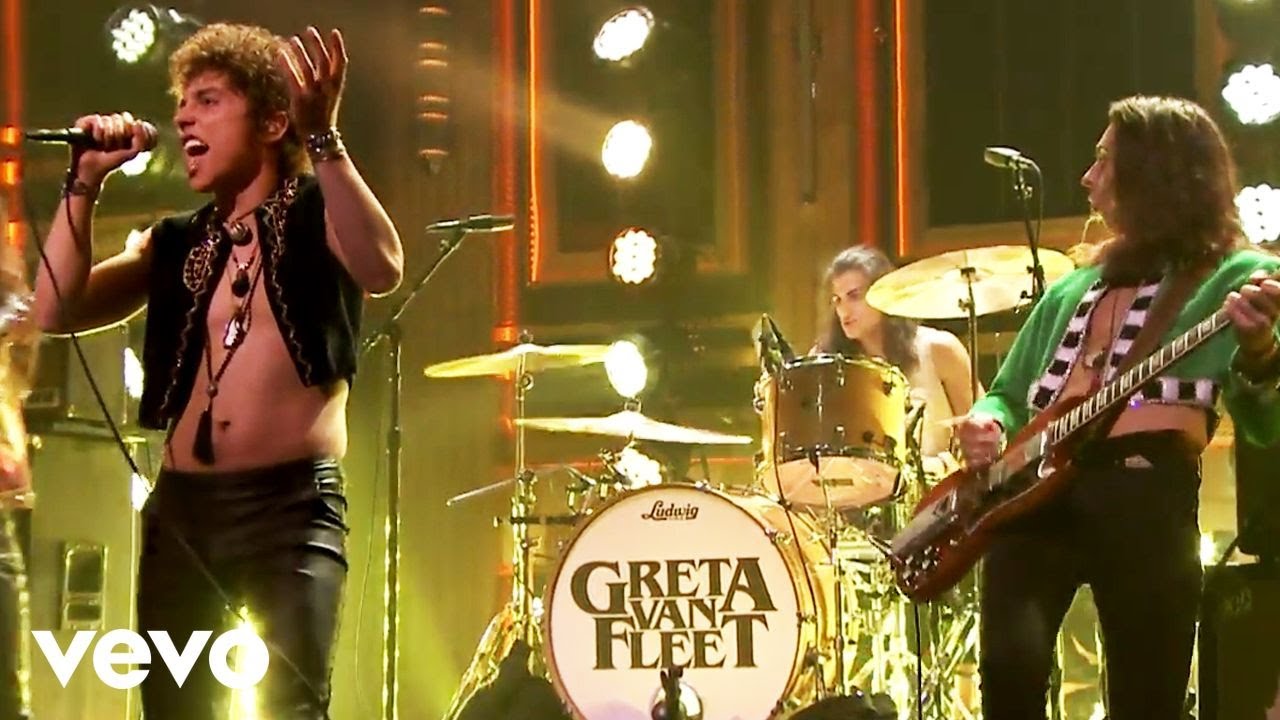 Really weird seeing a band doing this in 2018.

I’ve watched it a couple of times now and the guys are clearly accomplished musicians. King Gizzard are making music from a bygone age with a modern twist too. Fair play to these bands for doing the music they love. I think the singer should be more animated though in the above performance. He can certainly sing no question of that but… is he frontman?

Or is he dancer

Covers band of the shittest side of Led Zeppelin

You obviously don’t understand that Led Zep didn’t have a shit side.

Absolutely shameful, contrived, retro puke shit. Am amazed their merit is even being discussed here, where people tend to have basic grasp of authenticism.

for the record, I don’t like Led Zeppelin, but I do recognise when someone is swinging from their balls.

There a millions of retro sounding bands aren’t there??
Midlake, fleet foxes, king gizzard, first aid kit just to name a few. This band are no different surely? Everything gets recycled. How many artists actually sound 100% fresh and original? A few but not many.

He can certainly sing no question of that

sorry but… this literally just sounds like someone doing a shit ‘impression’ of a vocal style that is 40 years out of date. it’s clearly not his actual singing voice.

for example - the strypes a few years ago: who were shit buy they were young and had no sense of how embarrassing it was to dress exactly like the band you’re trying to emulate. same thing goes with this shite.

But whenever I see a young person in a Zep or GnR or Nirvana t shirt I just assume they’ve bought it in Primark because it looks good and have no interest whatsoever in the music (if they even realise they’re bands at all).

Otherwise fully agreed. This is terrible.

Led Zeppelin already exist. I imagine Jimmy Page has already contacted the singer to go on the road with him and John Paul Jones and Jason Bonham and rake the money in

None of those bands are directly ‘referencing’ another specific band. GVF sound precisely like Led Zeppelin and no one else.