This person has a #1 single, but isn’t a musician/singer/rapper/comedian. 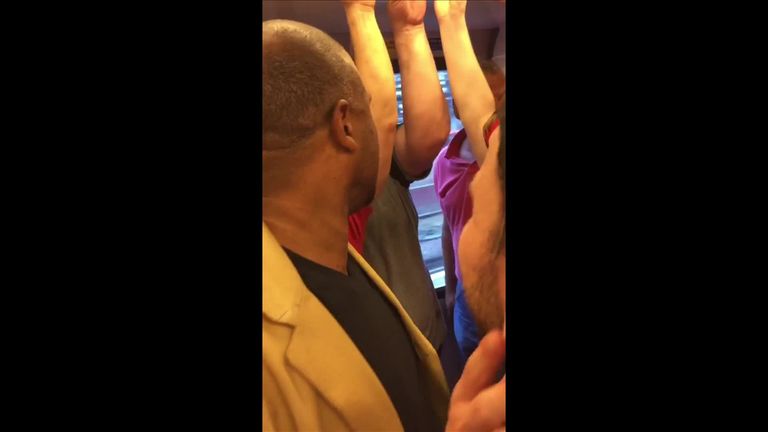 Former Liverpool and England player John Barnes joined fans on the London Underground to perform a rendition of his rap in the song 'World in Motion'. Video courtesy of @THEREALMCAFERTY.

Clearly a great bunch of footballad

Was he doing the rap as he tends to do every time hes on TV?

He was slightly taller than I expected.

I think seeing objectively Very Famous People doing extremely mundane things is one of my favourite small pleasures in life.

If there’s a “Jump on!” bit, then yes. Also, he may have done it on the train, I can’t be sure. Obviously, I was getting off.

Joke’s on him though, he’ll have spent loads on tickets, but I got a return for £34.60. Lovely stuff.

This is the first of these threads that I’ve seen where I’ve actually heard of the celebrity. Good sighting!

It was extremely satisfying, and there’s absolutely no reason for “seeing John Barnes” to be a satisfying thing to do. And yet…

I modelled with John Barnes when I was a cute child.

Had to grip his thigh.

Not that I’m aware. I’m sure my mum could give you a second by second account of the day as I was merely a pawn in her game of getting close to 80s hotties.

Does recognising him on a train platform count?