Think the one that gives you extra damage if you land the shell on top of yourself, and the special aspect, are both better. Generally find the gun a frustrating weapon though.

I’ve got very close with the sword but find the fists fucking impossible!

You’ve really got to manage the fists quite carefully, particularly against the last boss. It’s so tempting to just keep pummelling away with them, but you have to train yourself to pull away before it feels you’ve done all you could so you can get enough distance before you get slapped back.

No idea how people are beating this, have had like 50 goes with God Mode to no avail. Think I just get sloppy after Theseus.

Do runs get harder or am I just an idiot? About 8 runs in I was breezing it to Theseus and the Minotaur with one death defiance. The last few runs I’ve felt stronger than ever but have been taken down in Asphodel with 3 death defiances. Meg’s sisters certainly seem harder that she did, as do the enemies in general.

Do runs get harder or am I just an idiot?

Can’t remember if something scales up but I definitely had the same experience. One of my earliest posts in this thread was moaning about not even getting back toElysium for half a dozen runs.

In happier news: after a decent Rail clear tonight I think I’ve only got five prophecies left to clear. One legendary, one duo, shield hammers, Hermes’ challenge and the bloody lyre. No idea how many times I’ve plucked that fucker.

I had the prick doing Rodrigo y Gabriela type stuff in his bedroom and Orpheus refused to talk to me about it for another three runs. Drove me up the wall.

I probably spend too much time watching youTube videos of this guy playing Hades when I could be playing it myself. This is quite ridiculous. 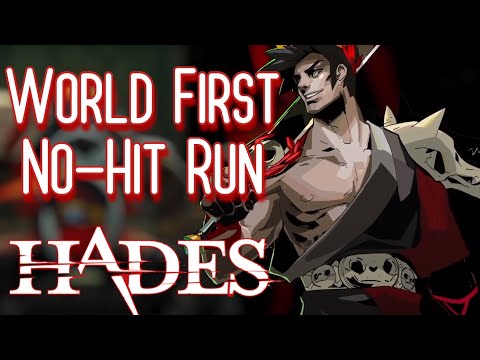 Take THAT Theseus and the Minotaur, you CUNTS.

Bah got within about three hits of killing Hades before getting merked.

Just watched this, and now another Hades video has autoplayed afterwards and I’m still watching, a fresh file speedrun apparently. Ah well, at least it’s a bit more relaxing watching someone else play I guess!

Really irksome when the duos don’t spawn when they’re supposed to.

I’m generally irked that I don’t seem to be able to win without the extra dashes power, I’m really reliant on it.

Beat that big bastard Hades on my 24th run. Really enjoyed the game, having expected to not get the fuss. Not sure how much I’ll get out of the post-game. I think I’ll return for a game from time to time when I’ve got an hour to kill, don’t think I’ll play it as much? It’s essentially about powering up weapons and getting extra bits of story right? Though I was surprised that after beating the big man neither of the locked doors in the main chamber had opened. I know for some, the game doesn’t really start until this bit, but I don’t know how determined I am to just continue to power up.

It becomes about earning your happy ending after you beat the final boss. Would be quite poignant to leave it after only beating him once but might be a better story that way, idk.

Will definitely give it some more goes, and try some of the other weapons out as I’ve mainly been through with the spear as I got comfortable with it early on. I presume they throw more challenges in there?

Also felt like I practically cheated in the end, since pretty much as soon as I obtained Demeter’s boons, I just hammered those. With an overpowered crystal beam, some dash damage and a good call, I was able to just drop my casts, run away, and hit the bosses with the odd full God gauge hit. Hades just happened to only use his fire beam a couple of times in the final fight too. Would like to be a bit better at the combat, rather than rely on the same workarounds I’d stumbled on each time.

Yeah the game has a very moreish mechanic to ramp up the challenge and making you use different weapons, if you haven’t seen that yet.

The best games in this genre are hard but make you feel like you’ve broken them when you chance open particular combinations of powers and items, and Hades definitely does that. Last run I got this with the fists - because they hit opponents so rapidly I was able to procc the charm effect so often that I was constantly forcing Asterius to smack Theseus and stunning the final boss before he could attack, it definitely felt like a hack and tasted so sweet.