Has anyone heard of Yaeji?

And, if so, has anyone got any producers that they can recommend of a similar (house music).

I only just discovered her music about a week ago and I can’t stop listening to it. There’s honestly nothing out there of this genre, as good as this imo. But maybe I’m looking in the wrong places?

Floorplan (Robert Hood) is the only other producer that has blown me away the last couple of years.

Here’s a couple of Yaeji’s tracks:

Shit is crazy, shit is Yaeji

Yeah, I love Raingurl so much. The same friend who showed this to me, also pointed me towards this guy Shinichiro Yokota, who I find similarly brilliant. More East Asian inflected house music.

Brilliant, thanks. Will have a listen…

Saw her at All Points East last Sunday, she was excellent. She dropped Raingurl with live vocals, one of the highlights of the weekend!

Man, wish I’d have known. I was going to get a ticket - it’s just round the corner from me. I don’t know why, but couldn’t see that - or any UK dates - listed anywhere?

She was added to the bill fairly late on, couldn’t believe my luck. I guess she’s not always listed on gig sites as she’s primarily DJing rather than performing her own stuff, although she dropped a few of her own tracks all with live vocals. Not sure why it wasn’t on her RA profile though.

Hope you get a chance to catch her soon, I was grinning from ear to ear for the whole hour.

Have you listened to Peggy Gou?

Sounds like it was great. I noticed that she uses a Maschine MK2, and wondered if she uses that for live performance, but I guess not at this gig.

Yeah I like Peggy Gould most recent ep. I heard about that on RA.

Try DJ Seinfeld, there’s a track called “I hope I sleep tonight” I really like.

i’d recommend Galcher Lustwerk, who as much as i like Yaeji she owes a lot of influence to.

Thanks for this, will have a listen.

Great, thanks. Going to have a listen to this as well.

I see what you mean. In fact, I’m pretty sure his voice is sampled on a Yaeji track. I’m not sure if they’re friends or not?

This is a great find. Cheers!

i think that might be Mall Grab, she covered his track Guap. but yes also very similar!

Ah right, yes thats the track. Didn’t realise it was a cover.

Have never listened to much house, but love Yaeji and have so far loved everything posted in this thread. Anyone got any good spotify playlists?

Maybe give this a go 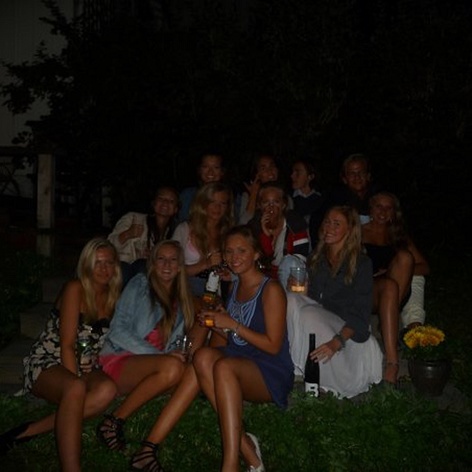 This is good. Reminds me a lot of Luscious Jackson.