Has anyone here ever played Subbuteo?

I understand it, I even had access to a set at home. But obviously never played it.

Feel like I never knew anyone else who did but if you’d mentioned the game everyone knew it.

My brother had it, we played it a lot for a while

It was satisfying then?

yeah it was decent fun

My dad bought me it when I got into football aged 6. He put the pitch on a huge bit of MDF and it lived under my bed for the next 10 years.

We used to play a bit when I was younger, and I’d play myself too and record the results and live out entire football seasons.

One year my Gramps bought me a stadium stand for it, and a scoreboard which had all the names of the teams in the football league. He’d quiz me on where in the country each team was, and I think that’s where my geographical knowledge of the UK came from.

No, I had a method. If a team was top in the real life league, they’d get 20 attacks. If they were 2nd, they’d get 19 attacks and so on. So there would still be a chance of an upset, but the big teams would generally do better. I wanted it to be realistic.

I was a strange child. 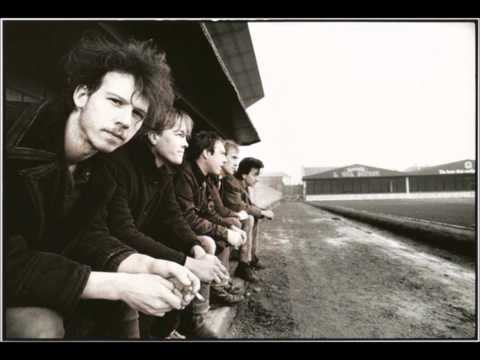 Hey it’s fine. Aged about 7 or 8 I used to sometimes just play a version of Monopoly all by myself with an old set we had. I don’t really know what but it kept me entertained which is I guess all a single-mother could ask for.

Yeah I did that too, and a million other things to keep me entertained.

Yes. My best friend at the time and I played it all the time. Probably from 9 to 13 or 14. My dad was into it as well, fond memories

I was well into it, regularly painted my own kits on teams. Even bought some of the stands before realising the cost and then building my own out of cereal boxes.

Yeah loads. Had the scoreboard and stadium and dugouts and that. Absolutely loved it.

I’ve got an old subbuteo set hanging around the house, which I rescued from my dad’s loft. It needs to go to the charity shop really - need to check the contents first.

I remember being desperate for a Subbuteo set when I was a kid. Bought it, played it maybe twice.

Had a bit of a Subbuteo phase, but that was before I was allowed to use an iron, so the pitch always had big ridges from being folded into the box. I was convinced that was the thing that was stopping me from getting good at the game.

I had a couple of add-ons:

These corner-kick guys with pivot hips. You pulled their head back to make them kick. They were fun, and made corners my favourite part of the game.

I also had these throw-in guys. They were absolutely useless. The ball would never stay in place for you to throw with them. I gave up on them pretty much immediately.

These are really great!

Things has moved on to Pro Action Football by my childhood

A couple of ‘interesting’ Subbuteo facts