Artists make all their money from gigs nowadays

Phew!
At least they’ve been able to gig consistently throughout everything

Way back when travelling troubadours brought ballads from town to town, no one thought to ask who owned a song. It took technology – first printed sheet music, later gramophone records – to transform melodies into property, although the more recent story has been of technology undoing its own alchemy. Learning to live with mixtapes was one thing, but the instantaneous ability to pilfer every imaginable track over the web is quite another – and it threatens the music industry’s lifeblood. The potential effect on artists is a real worry, although this cannot justify criminalising every hard-up fan who is reluctant to pay the extortionate cost of buying music online. After all, the fact that one extra person enjoys a download does not mean any other listener has to lose out. Spotify offers a promising way to align the interests of musicians and audiences. The software, which could not be easier to use, allows instant free access to literally millions of works – from Dutch Block to Banks. Put to one side the small handful of big bands who are refusing to get involved, and it is only wilful hunters after obscurity who are likely to leave disappointed. Most will continue to listen – as now – for free, in return for enduring an advert every 20 minutes or so. The jingles may grate, but it has to be welcome that music can lawfully be enjoyed for a song.

I only listen to patriotic British (preferably english) music such as the national anthem and Britannia Rules The Waves, so it hasn’t affected me at all

Will do if artists end up delaying the general release so as to protect vinyl&cd sales.

I know you were just prodding a bit btw

Wonder if the import / export stuff impacts them? Assuming there are big businesses loopholes of setting up local companies that avoid this

Vinyl supply shortage and the ongoing covid shenanigans has had an impact, but not Brexit.

I don’t have much issue with the possibility of increased support for domestic artists either, although that seems a stretch.

Also don’t have a huge issue with reduction in products shipped across the planet because ‘the planet’.

If anyone wants to give the government some “feedback” 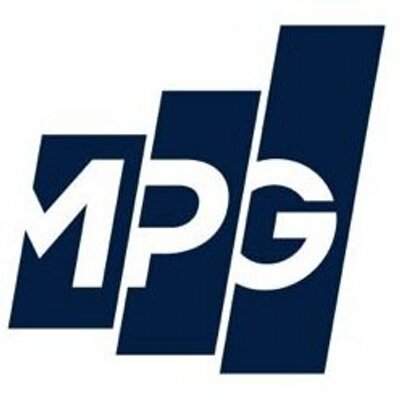 @ukMPG
Also, the All-Party Parliamentary Group on Music want to hear from you on how Brexit has and is impacting on music and your work. You can fill the survey out here - the deadline is 18 November: surveymonkey.co.uk/r/C6ZRHL8 https://t.co/KKWZpgdILG 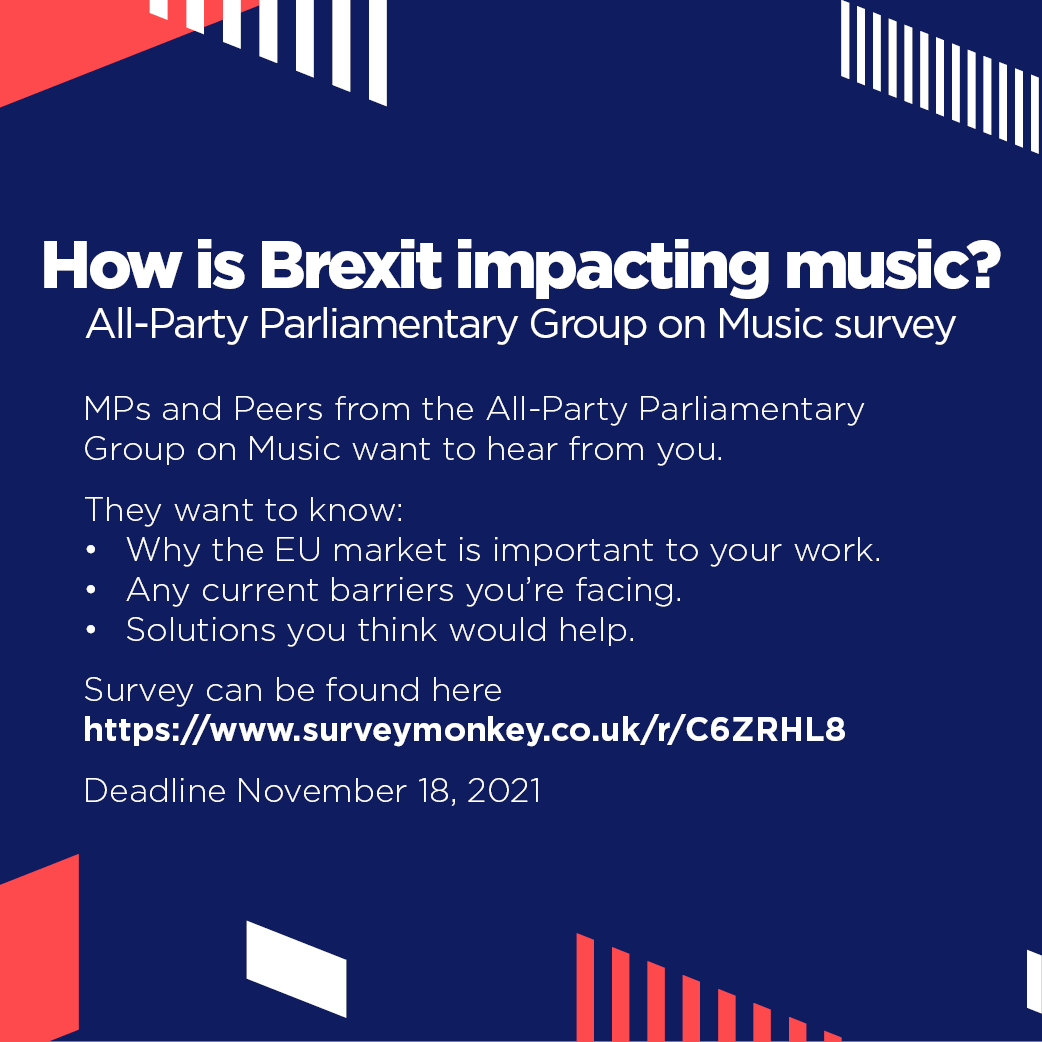 Artists make all their money from gigs nowadays

I know you were being snarky but here’s a real world example. Currently costing about £1500 per show by the time a solo artist has paid session musicians to rehearse, rehearsal room costs, fee for performance, travel, and then if you’re touring, you have to add any hotels and basic costs for food (usually musicians get £20 per day “per diems” to eat - which may sound like a lot but remember they’re often eating in city centres and service stations)

Support slot fees can still he as low as £50 and rarely over £500, so that’s a big loss per show and record labels, promoters and booking agents don’t pick up the tab. So even when acts reach the level of £3000 to play a halfway up a big festival bill, that’s not really a profit - and you often have the extra costs of needing to pay a tour manager and/or driver and sound and/or lighting tech to ensure your performance is impressive… 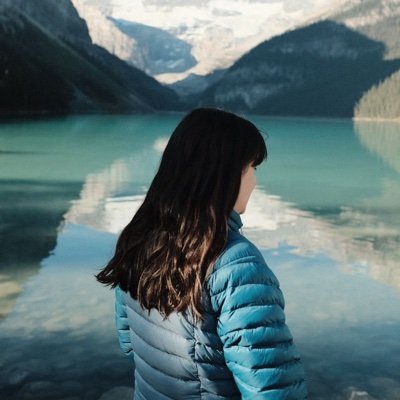 @elliegiles
Truth! It’s so hard being a solo artist with session musicians. You normally lose money until you get to a certain level. twitter.com/CatherineAD/st…

@crispinhunt Also just not true if you’re a solo artist that “sounds like a band”. Employing session musicians means you’ll be lucky to break even…
sean 16 November 2021 13:04 #32

Happened to me yesterday.

£21 paid for an item from the UK. Ordered it so long ago I’d actually forgotten about it.

Support slot fees can still he as low as £50

Don’t these then feed into motions in Parliament and the research gathered inform policy?

I’m with you Sean

Living in Finland, I used to order vinyl or cds from UK music stores/Bandcamp pages fairly often pre-Brexit. Vinyls from Finnish shops were often up towards the 30€ mark, so ordering one directly from a UK artist/label for £18 and paying maybe £5 postage was a pretty good deal. Especially if I bought a couple at a time. Cds were even better value for money.

Brexit has royally fucked that for me. Now every parcel from the UK is held at Finnish customs, and is liable to VAT (the standard rate is 24%), unless the company has an IOSS number. You also have to pay a 2.90€ holding fee and go through the considerable hassle of making the customs declaration yourself.

Even if the company does have an IOSS number, you will still be charged more at point of sale, you just won’t have to go through the customs rigmarole. Plus Brexit has also led to the shipping rates to the EU more than doubling for many UK shops.

The customs charges didn’t start 3 years ago though

(But yeah the charges are punitive, if not 100% of the value of the products…)