Has there not been a thread about new APTBS yet?

Just saying that, for those people who liked the first couple of albums but didn’t really bother with them after that, this is the time to check back in and see what the band is doing.

Yeah - they were bad at ATP. The MBV one? I seem to remember them being on far too early, the room being pretty empty and the sound being poor.

I remember being at an early Primavera (08?) and being drawn across the bridge to them playing on the Pitchfork stage. Had never heard of them before but holy fuck what a joyful racket.

The last few records have definitely passed me by even though I loved Exploding Head. Cheers for the recommendation though

My dad listened to them once. He wanted to know why they were using power tools to make music.

I’m going to give this a real shot this week after I’m done my last minute tax scramble. They’re a band that I for some reason never properly tried - I think I gave one album a distracted listen once or twice, but given that sound that’s definitely not the best way to do it.

APTBS and the limited tepid takes

I liked it but wasn’t particularly excited by it, here’s some words i wrote about it: 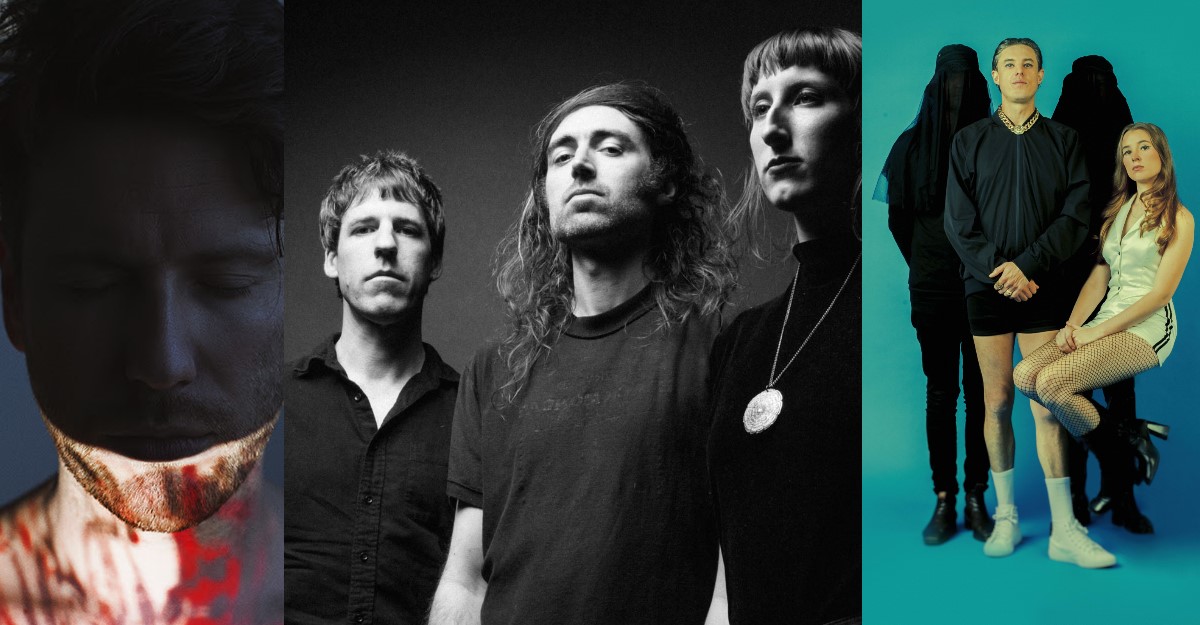 5 New Albums | What You Should Listen To Right Now

Get to know the new releases from A Place To Bury Strangers, Rival Consoles, Arms And Sleepers, Otzeki and Confidence Man.

Those are some pretty decent words for a record you weren’t particularly excited by!

It’s funny: I read a few other reviews earlier today, and lots of them mentioned that the noise/volume has been stripped back a bit, but to tell the truth, I hadn’t even noticed it myself. There’s something else about the production that makes it more tense, more “wall of sound”, even more “oppressive” than their head-splitting debut.

Most of the reviews have been positive (7s and 8s). Pitchfork gave it a 5 and change, of course…

it would have been a 7 if that website did rankings, also it’s worth keeping in mind those pieces are “album’s of the week” and not proper reviews, where i’d have been a touch more critical.

See, for some reason I’d not given it a listen, but on one go, while watching baseball highlights, it sounded pretty good.

Just been listening to the extra tracks on the Brainwashing Machine version of the new album, and the first track (When You’re Alone) begins with 20 seconds of what sounds like an orbital sander — I kid you not!

Ok, a few listens in, and I’m liking it so far and it’s getting considerably better with each listen. I don’t know how it relates to their prior albums as I’m not familiar with them, but as a standalone album I like it!

Definitely worth your going back and giving the s/t debut and the follow-up Exploding Head a go.

Still need to listen to Pinned, but based on Never Coming Back, have decent hopes for it. Wish they’d play a UK show outside of London once in a while.

Having listened to the “standard” version of this a few times, think it’s a good record. The noisy thing is still there in abundance (anyone thinking of listening to this through headphones beware), but I was really taken with “I Know I’ve Done Bad Things”, which is way more stripped back. Don’t think everything works, but it’s good to hear that they’ve got plenty in the tank.

Really enjoying this album, must try and catch them live again really. I went to see them in Cambridge years ago and there was hardly anyone there. Could be why they just stick to London now!

I will definitely do this, I just need to wait a couple months because I’m nuts and space out albums.

I’m noticing this is getting some pretty bad reviews, including here. Do you think it’s just a case of “band is expected to give us X but they gave us Y instead so that means it’s bad”? Having no familiarity with their back catalog, I’m enjoying this and it’s still getting better and better.

Only dud track to my mind is “Situations Changes” (sic). But, yeah, it’s songs like “I Know I’ve Done Bad Things”, “Was It Electric” and even “There’s Only One of Us”, which are maybe not what you’d expect from ATPBS, that help to make the album really interesting.