Have you ever been arrested? (Poll, intermediate-level chat)

Yeeeeeeah. Was about 14/15.
Not my proudest moment tbh

Just trying to provide some more quality discussion and debate, you ungrateful hound.

Is there something’s that’s below a caution? I crashed my car when I was about 22/23 and almost got done for driving without due care and attention (and it would have been a fair cop), but they decided not to charge me, but instead put something on my file for three years? Maybe I was cautioned?

I think that’s a caution.

Edit: although I think you have to be arrested in order to be cautioned so unless you had your rights read to you then perhaps not.

For the record I didn’t do anything that bad, just your run of the mill petty theft.

Anywho what’s very funny in hindsight is the thing my Mum was most annoyed about was that some officers went to search my bedroom and she was FURIOUS because she had loads of weed in the house (that they didn’t find). I don’t think I even got grounded?? And I got a caution or something that was on my record until I was 18 or something idk.

Back when I was at uni, I invited some of the friends I’d made in my first year to come visit my hometown for a night out. My parents happened to be away for the weekend, so we’d have the place to ourselves and I’d be able to show them the wild nightlife of Bridgend that these relatively posh boys were morbidly curious about.

They ended up enjoying the night out more than I thought they would, were shocked at the fights in the streets and sexually explicit goings-on on the dancefloor, but were loving it. At the end of the night, we started the walk back to my house that I’d done a million times before. However this time, they were doing that touristy thing of finding everything that we walked past fascinating, so when they saw a small block of new builds with the construction company’s flags out front, they decided that a fantastic idea would be to climb the flagpole and get one of the flags.

I wasn’t gonna get involved and was a bit nervous about the whole situation, but just decided to watch and let them do what they wanted. They were taking turns trying to get up the poll and we were making a hell of a racket encouraging each other to get to the top. I was getting quite nervous about the amount of noise we were making in the early hours while people around us were trying to sleep. Eventually one of them managed to get all the way up, unhooked the flag and slipped back down to a chorus of "WAAAAAY"s from all who’d been trying. Even in that moment I felt a little bad as I was wondering what CCTV there was and whether some construction company would “throw the book” at us, even if it was a drunken jape. At least now we had the flag we could move on and continue the walk home.

About 5 minutes later, a cop car pulls up near us with the lights on. I was shitting it, my mind racing like “Oh fuck I KNEW this would happen, I can’t believe I didn’t stop them that sort of thing. I’m gonna get a criminal record and get kicked out of uni FUCK.”. All those years in Bridgend and it was the influence of posh boys that finally got me into serious trouble.

Realising that the cop car was for us, everyone kind of stopped, but stopping wasn’t enough for me, no. I wanted to make sure we didn’t piss them off. I was so worried about police brutality or what might happen if we didn’t do what they say that the moment they got out the car, I turned to the nearest wall, put my hands up against it and spread my legs.

I stood there with my back to everyone thinking that they’d be pleased that I was so compliant. Instead the cops both burst out laughing at me standing there legs akimbo like I was about to get strip searched and then everyone else joined in too. They ended up making us go back up the road and put the flag back, gave us a verbal warning and went on their way. Though for ages afterwards my friends thought my reaction was hilarious and regularly afterwards would think it was funny to just suddenly make the same pose against a wall apropos of nothing.

I was pulled over plenty of times in my early twenties too. There’s a roundabout at the top of Croydon flyover where the phasing of the traffic lights meant that you could just about get all the way around if you floored it, but because it was from a standing start, I wasn’t going over thirty miles an hour officer. 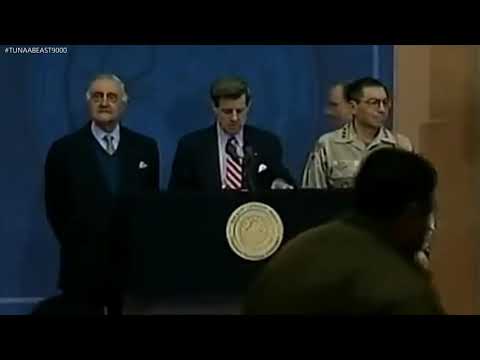 no comment because of tinfoil hat legal reasons, but lets just say…no.

Felt way, way safer in London than I ever did going out in Bridgend.

Bridgend is fucking massive guys - 147,000 population. thought it was about 5k was reading about it on here - the only place I’ve ever seen it mentioned.

about twice as big as Guildford!

I think that’s the population of the county borough rather than the town, mind. No way there’s 147k people living in the town itself.

Been chased but never caught. #2fast4thefilth

Been arrested twice. Both times as a teenager. First time I climbed out of my mates upstairs window at a house party and started walking along the roofs. Ended up falling through someone’s conservatory two doors down and having to break out of their house in the middle of the night. It just so happened that the owners of that house had a son who went to my school. I’m guessing that’s why they didn’t want to press charges. Second time I nicked a policeman’s helmet off his head and ran away which earned me a night in the cells and a prosecution for theft. I would say the second incident was much less serious than the first but I guess they wanted to make an example of me.