Have you ever done any competitive eating?

As in, had a massive fried breakfast somewhere to get it free, or tried to break the world record for scotch eggs downed in an hour, etc?

Only ask as I found myself watching this before… 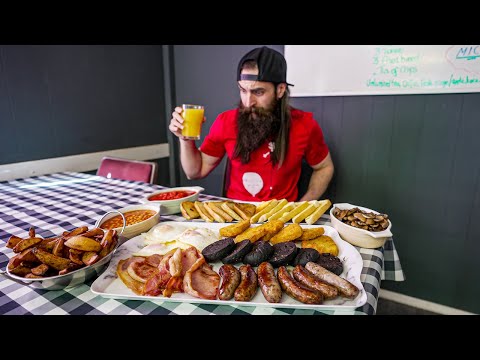 I couldn’t do it. Enjoy food too much to shovel it down. Place I used to work had a competition to see who could eat a massive pizza the fastest once, but they salted up the bases and I had a mardy and pulled out

Signed up for the 3lb burrito for £15. Did not manage it at all, but had lunch sorted for the next three days.

I do not, but I unironically love watching this guy. 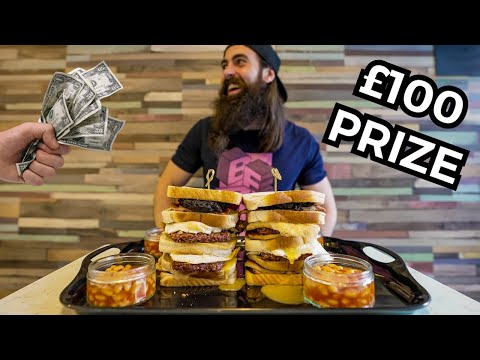 Used to go out with the lads to a shit restaurant that was the only place that would serve underage, and have a competition as to who could order and eat 2 desserts the fastest

Oh I see you’ve posted this exact lad in the OP, serves you right for not hitting space.

I get really hungry every hour or two, but I can’t do massive sittings. Whenever I’ve been to a buffet I eat as much as I can, wobble home, then an hour later I’m hungry again and fuming.

Haha I’ve done this one. El Triple. Got a t-shirt somewhere.

Also done a giant mixed grill thing that was free if you finished it.

Also, in our 6th form common room we had a blackboard with a league table of speeds people could eat a Three Cooks Cafe standard breakfast. I was 2nd when I left.

A friend of mine did an eating challenge at Field Day a few years back. He ate an entire jar of pickles, two wheels of camembert and a punnet of strawberries then fell asleep under a tree for the rest of the afternoon.

Once ate the most wings at a work night out.

And I love Man vs Food (Casey over Adam) in fact I just rewatched the whole run a few weeks ago, very comforting background TV.

But nah, got to admit I don’t really have the appetite to hack these things, and most don’t look that tempting anyway.

Once tried the “World’s Hottest Curry” at Rupali’s in Newcastle. It was unpleasantly, violently hot. We all had a bite and no more. But one evening we saw a lady at another table do the whole thing, I’ve never seen someone as red and sweaty, she genuinely looked like she was dying.

Went to a burger place on elm grove on Portsmouth 10yrs ago. Had a massive burger, 15 onion rings, huge portion of fries and a xl milkshake. If you finished it in 20mins, it was free. The burger had a whole head of iceberg on it. It was huge, dry and a waste of time. Can’t find any pics of it mind.

Yeah, I’ve never understood hottest foods challenges. Worked with a couple of people over the years who have been obsessed with sauces and that. Might as well watch Top Gear and start knocking about in bootcut jeans and water-stained slip-on shoes. 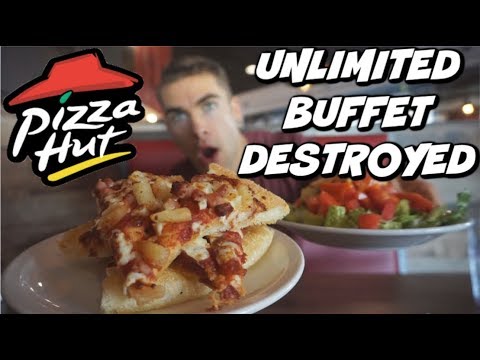 I haven’t done it. I Can’t really push myself beyond my limit which isn’t that much. Seems like the behaviour of a manchild to me tbh.

Adam got really into diet chat on social media though and told some people who challenged him to go and kill themselves, so Casey wins.

At the risk of libelling someone, I just get bad vibes from Adam. He’s probably the better host in terms of presenting, getting quotes, saying funny shit, but there’s just a little too much focus on finding the most attractive lady in any restaurant for him to have slightly skeevy banter with.

Casey just seems like a laugh, good company for a beer.

I think he’s generally less successful that Adam too, though I’m not going to sit and do the maths on it.

Pizza Hut Buffets we’re popular at uni. One lad destroyed the competition with 22 slices and then went to the ice cream factory twice just to make a point.

Yeah, he comes across pretty badly on social media, he always badmouthed Casey too at any chance he could get, even though he left the show of his own accord.