Have you ever made a complaint about a TV program?

To an official body, rather than the ‘Worst Sitcom’ thread.
Always wonder who does this, seems like a very Brexit thing to do.

Yes, I wrote a very stern letter to the BBC after seeing the absolutely shameful display by Bucks Fizz on Top of the of course I haven’t I’m not 75 years old.

Yup, HBO regarding Game Of Thrones - not enough tits, not enough dragons…

I worked (briefly) on the switchboard at the BBC (in 1997) so got to see the other end of this. Complaints were actually taken by a separate department, but that didn’t stop people calling asking to speak to “a producer please” and venting at you when you asked them to be more specific/ told them you could only put them through to the complaints department.

I once had Mary Whitehouse on the phone to me

When Star Trek was delayed due to the Tennis over running, or a film showed an animal being hurt (think it was a dog in a JCVD film) the switchboard would light up like crazy

Reckon working in a complaints department is one of the best jobs going.

Fuck no. Like listening to the Twitter threads whenever LBC retweets something James O’Brien said about Brexit.

I’d find it all very entertaining and probably get the sack for not taking it at all seriously.

Best one of these was when the Antiques Roadshow was interrupted to show live coverage of Nelson Mandela being released from prison. The BBC received SHITLOADS of complaints. The Points Of View of the whole thing is probably still on YouTube.

The man can’t catch a break! 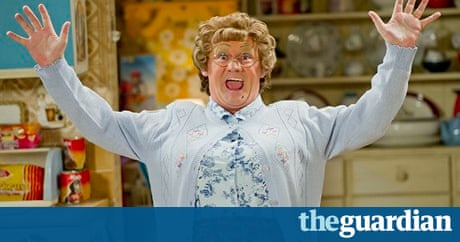 Mrs Brown's Boys interrupted for Mandela newsflash? How could they!

The BBC's decision to cut short an episode of Mrs Brown's Boys to announce Nelson Mandela's death has triggered nearly 1,000 angry complaints. We summarise everything fans missed in those crucial 12 minutes

Guardian didn’t miss a trick in being snooty about Mrs. Brown’s Boys there eh.

I also worked the day of Princess Diana’s funeral. That was interesting, people be crazy!

I expect it’s changed these days though - social media, comments sections etc give these people a place to vent when previously they would have “called the BBC”

I don’t see how that’s relevant. I want to speak to your supervisor now.

“Why aren’t the BBC buying the rights to these substandard programmes?? I’m incredulous. Put Wogan on…”

Oh man, I love that points of view style segment they do on BBC news where they basically illuminate all the morons with a fucking floodlight of their own televised stupidity. You can see the laughter creasing the corners of the presenter’s mouth slightly.

It’s the one bonus of when I have to work on a Saturday. Watching that while I have my cup of tea before getting ready.

Imagine getting so annoyed by a reporter’s use of graphics, that you’d recorded a video of yourself moaning and email it in. Get a fucking grip.

I’d like to think that there are no pearly gates as such, just two doors, one which says Nelson Mandela above it, the other Agnes Browne, you makes your choice, and we all get what we deserve.

I made a complaint about a show called Dumb Foreigners which was sort of like You’ve been framed but just from abroad. I got a letter from Ofcom apologising for the upset and said it wasn’t being shown again.

I can’t actually tell if you’re joking or not!