Have you ever walked out of a mall into a huge parking area and realised you'd forgotten where you parked your car?

This is the first of a weekly series where I, Jonathan Frakes, ask the Drowned In Sound community questions taken from the show Beyond Belief: Fact or Fiction which I hosted from 1998 - 2002. 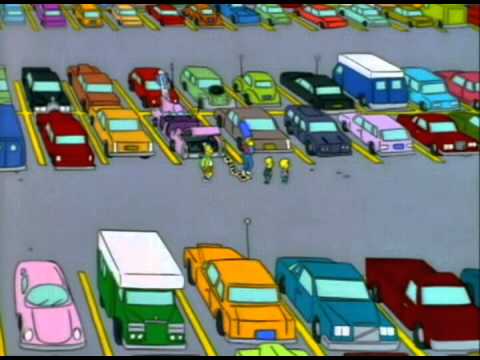 that’s me on the left

I’m worried this might be a fake frakes, everyone.

Here’s a story for you, legitimate Frakes.

Once came out of a Sainsburys Local on my lunch break, forgot where my car was, spotted it, got in, realised it wasn’t my car. It was a very similar different car (readers: it wasn’t similar enough – same colour and general shape, but not the same make or model) which just happened to be unlocked.

Sat there, thought ‘this feels weird’, realised none of my CDs were in there, got out, located and went to my own car.

I want to believe

same colour and general shape, but not the same make or model

You seem to have a similar knowledge of cars to me

I’m currently working as a consultant at a company that make and import cars. There are many moments where it becomes apparent how little I know about cars.

Spoilering this as there’s some explicit work stuff in there and I don’t want it to be easily searchable on the forums.

Spent a fair few minutes wandering around the car park at work one night a few years ago. Starting to think it had been stolen when I suddenly remembered I’d parked it in the other section of the car park.

Yes. In a small Sainsbury’s car park among others.

Which is another reason why I need a pink or yellow car.

My job involves car imports but luckily don’t really need to know anything about them. Sometimes quite hard to figure out what the model name actually is from the paperwork though.

I was really into cars when I was about 10 though so when anything comes in from the late 90s I’m all over it.

I also once parked my car in Birmingham and completely forgot where I parked it. Knew it was somewhere jewellery Quarter and walked around for two hours. Was just about to try to find a shop to buy a map so I could mark off every street as I checked it, when I stumbled across the car park. Was nearly in tears.

I’ve left the house in the morning to go work and couldn’t find my car. I panicked because I thought it was stolen and then remembered I’d left it at the pub the previous night and walked the two miles home and now I was going to be very late for work.

I doubt I’m the only person to do this.

I drove into work one morning then walked 10 minutes to the bus on the way home. Then I got the next bus back into town to pick up the car.

Thanks to the free on-street parking by our house, which is legit great most of the time, sometimes I have to park on one of three different side streets if someone’s occupying the spaces outside our row of houses. I’m a very forgetful person, so sometimes I’ll do that then step outside the next time I need the car and experience the total panic of it having disappeared into thin air. Except it’s not disappeared, it’s a 30-second walk around the corner.

Maybe not a mall, but yes, definitely a car park.

Also in pre-covid times I’d regularly forget where I’d locked my bike at Cambridge station. There’s always the added possibility that it’s been nicked, which adds to the fun

You can use Google maps to log the location, very helpful

Have I missed the joke as to why we’re calling it a mall and not a shopping centre?