First time on the 90s version. Approaching it with the attitude that anything worse than a 1 is failure.

Guess the 90s song from the intro in as few tries as possible.

The worst. Great in Four Lions, though.

Wow. Hadn’t heated that in a while.

I hate this song so much.

90s heardle not working for me. Guess I’ll cope somehow.

Haven’t seen it and couldn’t remember which of those type of films John Goodman was in. 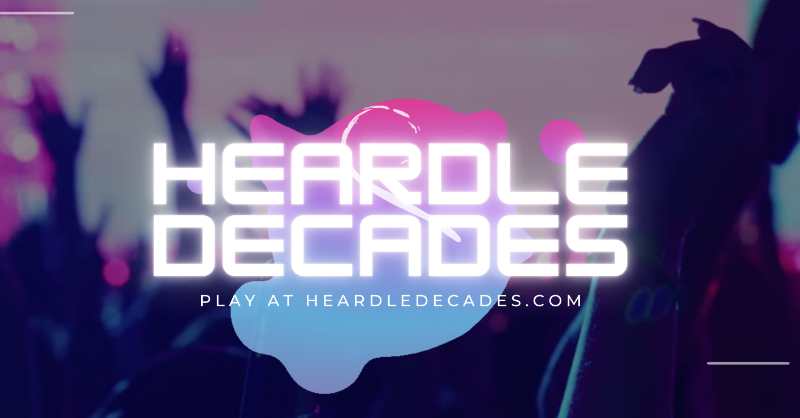 Well let’s see how long that lasts. Been doing it and the 80s one for a while and the 90s is normally either in 1 or “what the fuck, why isn’t this Britpop, you fucks?”

Got the approval of MiniWza when they overheard.

Heh. Not quite the 1 I was after. Love it. No Primal Scream, so that nixxed my first thoughts… Considered Space and then the first guess was Cardigans Erase/Rewind cos they both liked the odd bit of glitch and effect but I didn’t really believe in it. Radiohead in frustration after having no ideas left at 4. Then it was on a platter with 5.

Never 'eard of it.

This is a stone cold classic you miserable lot

Today’s is great, the 2 before that however…

Only ever heard the very tail end of that intro

Like, I remembered it would go into a song that sounded different! But because it was so long I started doubting myself and thought it was some nineties indie stuff.

Yes, except Framed in 5. I actually did wonder from frame one if it was Parenthood but that’s not even in the list. What a great movie to ignore!

80s Heardle isn’t allowed here in Aus but probably an easy one for you lot.
90s Heardle is a fucking dreadful song that I got in 1.

Nice easy banger to kick the week off

Heardle and 90s heardle not working for me.

Haven’t seen, guess based on Boston

80s heardle has been easy so far.

The existence of Heardle 80s at the same time as results for today being for Heardle #80 is confusing me a bit.