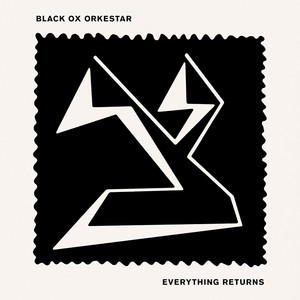 One of my favourites of the year.

Sounding great. First track reminds me a little of the song in the opening Fargo credits I liked the first album but not listened to anything since. I will give it a spin. I used to love the little booklets you got in constellation cds discovered loads of cool bands just by buying the stuff in there that I would never have heard v of otherwise.

It’s a lot more song based than the early two albums I think. Still has traces of that sound though, like this one;

Yep, have been really enjoying this album this month. Viderkol (Echo) is a great song. Makes the work im doing feel far more important than the end of year admin it actually amounts to.

Very similar for me (except Nottingham)

Lovely album this, cheers for the bold recommendation @jordan_229

‘Viderkol (Echo)’ reminds me of another song so strongly that I’m angry at myself for not knowing what it is.

FUCK IT’S ‘I SHALL BE RELEASED’ ISN’T IT

Do you like the congotronics international album? Totally unrelated to this but reckon you would

sound of the summer.

All the lads are loving the black ox orkestar album

I’ll give it a go