Gonna get some takeaway ain’t I.

@ericVI the best supposed best chinese round here is shut for refurb… so that may be out. Really want a pizza but flatmate went for pizza last night.

Need to iron a shirt as need to wear a suit.

Slowly making some cold brew for the morning.

evening! having some escalopes for tea. work got cancelled for the rest of the week so might watch some movies or something tonight, might watch DB’s film club choice. weirdly feels like a thursday today.

Meeting my sis for a wee drink and then up the road for some food.

All kicking off in the Scottish beer world 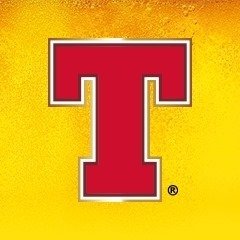 @TennentsLager
When your annoying wee brother tries to bam you up but really he's just crying for attention… #Bless #Bothered 👇😂🎣      twitter.com/BrewDog/status…
Unlucky 25 April 2018 17:20 #7

Whats on the menu?

Some Malaysian chicken thing, tv found he recipe and wants to give it a spin.
I’ll let you know how it goes

brewdog are such twats, man.

I’m on the bus. On my way to play some football. Number of goals likely to be scored by me: zero

No food in the house when I get back. Might get a bag of chips or something

But enough about Tennants lager a hahaha.

Evening beautiful people. Today has been a smasher. Went with Mrs FunkH to her masters interview which went unbelievably well and ended with her being accepted on the spot. Came home via M&S and had beer and ale burgers for celebration lunch, followed by some spiced caramel chocolate tart thing. Watched The Blues Brothers this afternoon, and Groundhog Day shortly, after I’ve gone out to buy beers. Who needs a job.

What ales you got?

I’ve got a cold brew coffee imperial stout in the fridge. Which hopefully will be my ticket back to normality.

Still a bit peeved about getting charged a fiver for a can of Elvis juice last time I went in.

Tennants is actually disgusting though.

None yet, I’m about to go out to probably Aldi and get something cheap yet tasty, what with being unemployed and all.

went for a run (5k) with my office mate who does marathons in his sleep. could have gone worse. now to cycle home.

Can easily give you an opinion on Carling: Disgusting also.

He must be sore most mornings.

Marinading some chicken for a curry. Gonna watch a bit of football and then chill with the TV in front of some netflix.