All that bloody touring and JAGing huh? Anyway come see me and my stupid band:

COME SEE MY STUPID BAND. Our album is getting released digitally on the 10th and we’ll have it out in Vinyl a month later. You can listen to us here:

Will be in Austria that whole time I’m afraid.

you are a JAG machine

Nope, Earths are, who we are also playing with in Edinburgh

more interesting than bickering about Corbyn

no, they’re just taking fucking ages to finish the album. The first recording sessions for that were at the end of summer 2015, a year later Mattis and I finished the drum and bass tracks, the rest has been done since and is nearly finished. By comparison, FRAUEN’s album will have been written, recorded and released all in the space of a year (roughly).

good news! i only got into the two EP’s when you’s had stopped gigging so will definitely get along when you tour the album

Wow, Gdansk! What a band! Saw them a few times!
Just wondering about Whisky Works…came on random in my iPod shuffle the other day.
The ‘scene’ in Glasgow around that time (6/7 years ago) was incredible.

Yeah for sure, so many good bands. 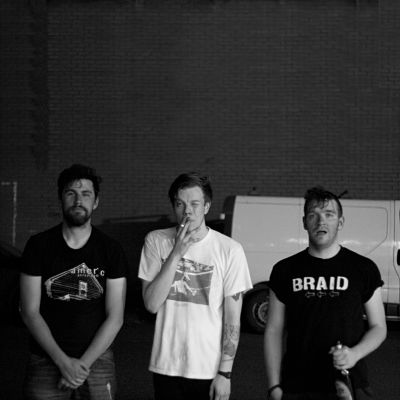 We at Punktastic are proud to be exclusively streaming Frauen's new song, 'In-Between'. Featuring current/former members of Maths, The [...]

mate, do you play a JAGmaster by any chance?

I would love one, but no I’m a “pretending to be Springsteen” tele-man