What are your neighbours like? As I was getting in the wee man a couple of doors down was also coming in, we started chatting. Then the neighbour from the other side came along and joined in. I though: this is good neighbourliness. The best bit was when the first man said: what is a monkey anyway, is it an animal?

They’re a nice bunch generally. One asked me for ID when I went to get a parcel off him once. Tit.

Weirdly friendly to the extent that it’s off-putting, weird and a bit culty. They have all made a point of mentioning what a “great guy” the landlord is in every minor chat so far despite the fact that, thus far, the landlord has been overbearing, petty and frankly, a bit of a knob.

elderly Jamaican fella to the right. Plays reggae songs and sings in the shower, and has a pristine garden, complete with lights and a CCTV camera. lives on his own but his family visit sometimes at the weekend. has a full roast dinner every sunday. nice guy tbh.

to the right, old Irish couple. very nice but don’t hear from them much. Guy looks like a healthy but older version of Shane Macgowan.

my new neighbour came round last night while I was painting and singing in the hallway. He seemed friendly, but then he wanted something (to use our side access for getting some wood into his garden to make a summer house) and was all “oh, yeah, I was going to come and say hi” yeah, yeah mate. Jokes on him because he cut down loads of trees that have left us really overlooked for his summer house, so we’re gonna put some more up, giving him, NO SUN hahahahhahaaahhhaaa

a more unhealthy looking shane macgowan would be a sight

On one side, completely empty. They’ve even got rid of the cooking hob and white goods from the flat, bit eerie.

On the other side very nice young family with three kids who love our cats. Give us food sometimes at religious festival sort of times. The dad’s an uber driver and sometimes makes weird banter allusions to stuff that may/may not happen in his taxi. I’m constantly in fear of waking them up at like 5am

Ben and Jo upstairs - lovely couple, we feed each others cats when we are away which is very handy

nice family next door. Mike and an obscure Irish name I can never remember which is embarrassing after all this time. They have sold their flat (they have 3 kids and need more space) - but worried who will move in, hope they are decent

They are all good eggs.

Some musicians live above us so we’re always hearing plinkyplonky guitars.

. One day I had the door open to let the bf in and it came bounding in and zoomed in and out of all the rooms of the flat, I stood there, helpless, laughing and screaming not really sure what to do when it’s owner came bounding after it red faced and apologising before disappearing with the pug into the night.

There’s a guy who has his parcels delivered to our flat quite often that the bf thinks has a crush on me. I think he just likes the fact I don’t get annoyed at always having to sign for his parcels.

These are all small interactions in the stairs, I always keep the conversation to a minimum. Don’t want to be actual friends with these people…

everyone as in all your neighbours or everyone (all humans)? Either is understandable, but it’s the former I’d like to hear about them.

You’ve a knack for making the everyday sounding like a good story.

One side - dunno, think it’s flats, at least one of them has a motorbike.
Other side - still a full house, owned by an older couple who obviously got in decades ago when it was still cheap. Very into music, I get the impression he might be pro or semi-pro, plays drums (though only at social hours), violin, other things. Once leant me some garden shears over the fence when I was struggling.

Have two flats above us as well, middle floor is a couple of guys. Came home last night and one was locked out and sat on the front steps. I opened the building so he had the choice to wait in the hallway. Probably should have invited him in tbh. Can’t quite work them out, hear a lot of very odd high pitched laughter.

Guy on the top floor is a full on weirdo. He’s not British but I can’t work out his accent. Horribly racist (once told me that black kids on the street want shooting) and spends approximately six hours a day cleaning his car. A few months ago a Sainsburys van rear-ended it, so he got a new car, which he spends even longer cleaning. Once saw him polishing it with a rag on the end of a drill - in the rain. Told Mrs HYG the car was his “fifth wife”. Not sure how many actual wives and how many cars are included in that number.

Haha hmmmmmmm, debatable but THANKS 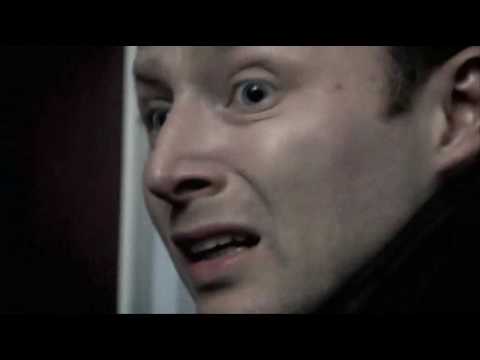 Have had to let my downstairs neighbour into the building a few times when he’s locked himself out. Other than that don’t see them very much. One has a really really annoying laugh though

One side - posh couple who are never there. Pop in for the odd beer. Fell out a bit when their annoying wig wearing pianist nephew moved in for 6 months and practiced all day, every day.

Other side - woman on her own. Fell out when we had building work done. All fine now after I found the guy two doors down dead, and she decided I wasn’t a (completely) selfish twat.

Generally - nice bunch of lads and lasses. Like HYG said, lots of people who got in decades ago when it was still cheap, so there are gentrifiers like myself alongside more salt of the earth types.

Neighbours to the left - basically that couple in Father Ted who are always arguing but are perfectly lovely as soon as someone else is around. Only in their 70s and Welsh. Apart from hearing the odd screaming match they’re pretty good neighbours. There’ll probably be a murder at some point though.

Neighbours to the right - young couple with a young child. Seem nice but never hear a peep from them which is a) a testament to the thickness of the walls and b) a testament to how loud the woman from the other side can yell.

It’s ridic, most of the houses on our street are flats but theirs is still one home, must be about six bedrooms, garden, would probably go for a couple of mil, but they’re totally normal, slightly dowdy people, nothing about them screams rich millionaires.

Barbara and Robert in their 80’s on one side. Bloody lovely, he was gonna euthanise the dying squirrel for me if the builder hadn’t stepped up. She always brings around little presents for my daughter.

Anna and Lee on the other side, 4 kids, 2 at uni and one like 10 and the other is 4. Think the kids have properly knackered them out big time, she’s always got a wine on the go in the garden in the evening and he washes the car drinking a can of lager. The 4yo, poppy, bounces on her trampoline and we bounce on ours and chat. I saw her in the front garden yesterday and told her that I love it when we do that and her mum was like, ‘oh I always tell her off because I think she’s bothering you’.

Once the wind blew down the fences ON BOTH SIDES, it was kind of like living in communal gardens and I LOVED IT, chatting and stuff. Then when they finally replaced the fence it was like the Berlin wall so don’t think they enjoyed it as much.