Teaser for the new series: 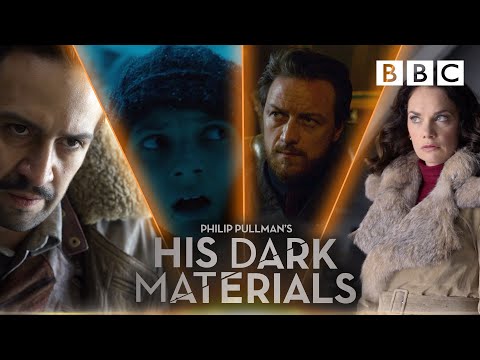 Really excited for this. Reread it after La Belle Sauvage and forgot just how brilliant the first book is. Rewatched The Golden Compass too which really really misses the mark.

Bit nervous about this tbh. Reckon I might be one of those book wankers that complains every time the show fails to capture the ~feel~ of the text

Can’t be worse than the movie adaptation.

I’m hype as hell, really hope they don’t shy away from the religious material this time

I hope BBC have invested enough money, and it’s not going to play out like a creaky period piece. I can totally imagine Doctor Who style effects and acting bollocksing this up.

still liked the film despite its badness

Please, please, please, please be good. It deserves a great adaptation. The casting seems pretty good (although i’m not sold on McAvoy) but the trailer does look quite BBC, but I’ll give it the benefit of the doubt for now, tis only a teaser.

I adore these books, really looking forward to this! The casting is very strong.

I never watched the film once I heard it was awful. The only part I’ve seen is the Iorek vs Iofur fight scene, looked that up on YouTube last time I re-read Northern Lights.

Need to do a re-read first.

I’ll probably watch it and enjoy it and it won’t be a patch on the books, which of course I only read a chapter of, before realising if i continued, I’d ruin any visual adaptations.

I liked it but didn’t love it. Still excited for the next one.

Don’t worry I’m sure it’ll be fine. With a cast that good it would be difficult to fuck up too badly

Slightly worried about accents but hopefully it’ll be ok. Looking forward to it.

I’m totally off watching adaptations of books I really love that are in this vein after Terry Pratchett’s ones got beasted. Gonna re read them though and cannot wait until my kids are old enough to enjoy them

HDM is possibly my favourite thing in the world. Worked with a company during the development of a CCG based on it before Golden Compass

came along and buggered it all up. Still re-read it every 18 months or so.

Read these as a young teen, old teen and adult and they remain among my all-time faves. Not a sure daemons are ever gonna translate well to the screen but I hope to be proved wrong.

I feel like BBC can throw all the money in the world at a drama production and it’ll still feel a bit creaky and cheap, unfortunately. Will still watch it though.

Love the books, will watch the series and would love it to be fantastic, but I’m preparing to be mildly disappointed.
Obviously the film is pretty bad, but i did think Nicole Kidman was a great choice for Mrs Coulter.

Daemons are just the single greatest fantasy concept aren’t they

Looks cool, the trailer really nails the ‘feel’ of the first book. I do wonder how they’re planning to do that for the weirder shit you get in Subtle Knife/Amber Spyglass though

Have been reading these to my girlfriend over the last six months as she had never read them before and it’s been really cool to build the worlds I’m them together. She now really wants to watch the series so I hope it isn’t shit! It has got a bit of a BBC look to the trailer but sometimes that’s not too overbearing, so hopefully this is the case. I really like a lot of the casting so that’s a good start.