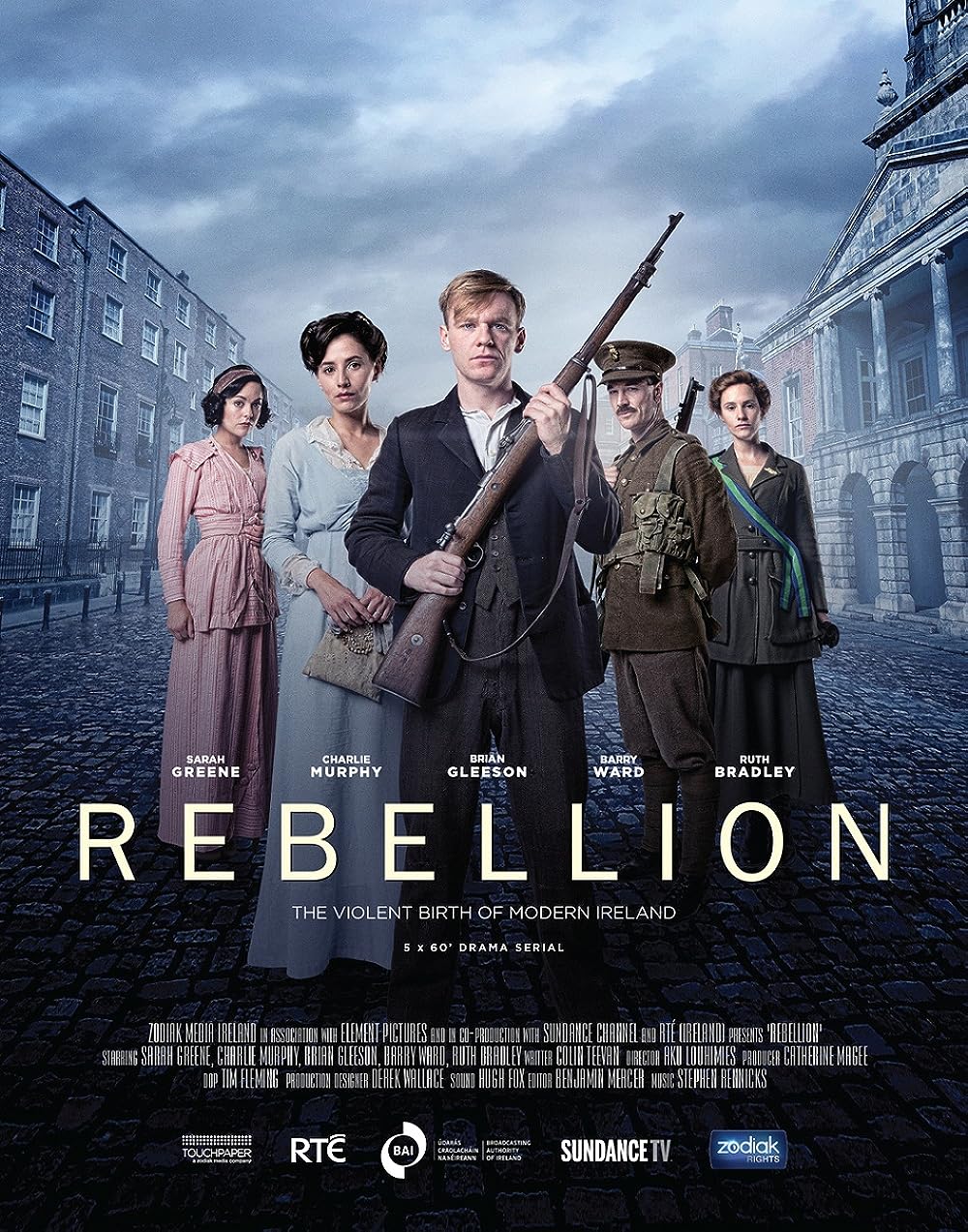 Rebellion: Created by Colin Teevan. With Michael Ford-FitzGerald, Jordanne Jones, Brian Gleeson, Jaelynne Wallace Ruane. Rebellion is a five part serial drama about the birth of modern Ireland. The story is told from the perspectives of a group of...

S’ok so far. As these things almost always are it is of course a bit superficial and simplified, but that’s due to the limitations of the medium imo. Was yet again shocked and baffled to realise that Aidan Gillen and Barry Ward are in fact not the same person.

Q by Luther Blissett’s very good. An adventure/thriller set during the Protestant reformation in Central Europe (can also be read as an allegory of globalisation destroying 60s radicalism if you’re that way inclined)

I’m reading Wolf Hall now, might well have to re-watch The Tudors after this to be honest.

…have you seen Wolf Hall?

(The show is a lot more accessible than the book, surprisingly)

yeah the TV adaptation is really good. don’t bother with The Tudors.

The Gallows Pole is good too.

I guess Josephine Tay’s the Daughter of Time although I believe it’s possibly old enough to no longer be accurate.

I’ve read three by Robert Harris. Fatherland is alt history so maybe not what you want, but the Pompeii and Cicero ones were good.

Josephine Tay’s the Daughter of Time

I read this recently - it’s a bit odd. Couldn’t get to grips with the weird hospital bits.

Dunno, not read it in 20 years. A standard framing though, isn’t it, for a slightly different novel in a detective series? I mean The Wench is Dead is the same thing I think.

No, not a Denis Villeneuve-directed sequel. I posted this in another thread but thought I could possibly rope some others (hi @xylo) into doing this with me. Turns out if you read one chapter a day of War and Peace you finish it in just under a year. No chapter is longer than 11 pages so it’s very manageable, and the subreddit below has chapter discussion threads every day, so it’s a fun communal thing too. https://www.reddit.com/r/ayearofwarandpeace/ 50p on Kindle so why the heck not. Who …

It is very good, Theobald.

Yes, Robert Harris is patchy but there are some gems in his back catalogue. There’s a whole trilogy about Cicero (Lustrum, Imperium and Dictator) which are all great. An Officer And A Spy is good too, about the Dreyfus Affair.

My other recommendations would be The Garden of Evening Mists by Tan Twan Eng and The Narrow Road to the Deep North by Richard Flanagan - both fantastic books springing from the Far Eastern theatres of WWII.

Oh I think I must only have read Imperium then. Had no sense it was a middle book