Holidaying in Tokyo: where, what, accom, leaving the city etc

Try every flavour of kit-kat

Are we helping Xylo or trying to set impossible challenges for him?

According to Wikipedia there’s about 70 current flavours - sure it’ll take a bit of effort, but I’d relish that challenge!

He’s got to go to every region of Japan to get them all.

Go to the Ribera Steakhouse

Some links in here:

What holibobs you got upcoming?

There’s a couple of excellent threads on Japan on here somewhere. EDIT: here we go:

Oh man, I lived there for two years, and I miss it every day. It’s the best city I’ve ever been in. You’ll have a great time. If you can, get a train pass (Suica or Pasmo, works like an Oyster card) which will negate issues with ticket machines (although they are easy once you know what you’re doing). It’s really easy to get around, but finding specific addresses can be impossible - the building numbering system is, ahem, opaque.

You might be a little early for cherry blossom if you’re leaving mid-April, all depends on the weather. If you’re lucky, good spots include the banks of the river in Nakameguro, and Aoyama Cemetary, which you can turn into a walk up Omotesando, through the Meiju Jingu shrine, back to Harajuku and then on to Shibuya. That’ll take the best part of the day, but you’ll see a load of ace stuff. Go up the top of the Mori Tower in Roppongi for some spectacular views (plus you will be very close to my old office). Other favourite areas were Daikanyama (good for arty stuff), Azabujuban (my old hood), Nezu and Yanaka, which are very old fashioned and the more interesting for it, but almost everywhere has something interesting about it. The Yamanote Line is your friend - there’ll be something worth seeing on almost every stop. I could walk that city for years. It’s so full of contrasts - you can be on a super busy thronged neon overload street, and then just a few corners will take you to a quiet backstreet with a small temple or some lovely little shops. The food is brilliant. Go to Nirvanam in Kamiyacho (near the Tokyo Tower) for the best Indian food I’ve ever had.

There is more than enough to do in the city to keep you busy for months, but as far as getting out of the city goes, I’d say go to Hakone. It’s a volcanic valley an hour or so out of Tokyo, and there is an amazing open air sculpture museum there. Plus you can go transport mad - a typical trip would be a train out of Shinjuku, funicular railway up the mountain, then a cable car over the valley and finally a ride on a replica pirate ship over the lake (I don’t know why it’s a pirate ship). It’s also a good place to get views of the elusive Mt Fuji. Kamakura is easy to get to as well, and has some excellent old temples as well as a giant bronze Buddha (and an eating establishment which advertised itself as an Amish restaurant. I have no idea what they served). Mt Takao is also a good spot, very popular with Tokyoites at the weekend, so maybe go in the working week if you do.

I’ll stop before this becomes a full essay, but I’m sure I’ll think of other stuff. These were just the first things that occurred to me, with the caveat that I haven’t been resident there for a good few years now and some things may well have changed. Just shout if you have anything specific you want to know about and I’ll help as best I can.

something I just remembered (see? I could do this all night) - I’m pretty sure the Yabusame festival takes place in Asakusa in early April. It’s a recreation of medieval horse archery* and is well worth seeing.

If you want to go to the Studio Ghibli museum (which is amazing and well worth visiting), you’ll have to book tickets via a travel agency. 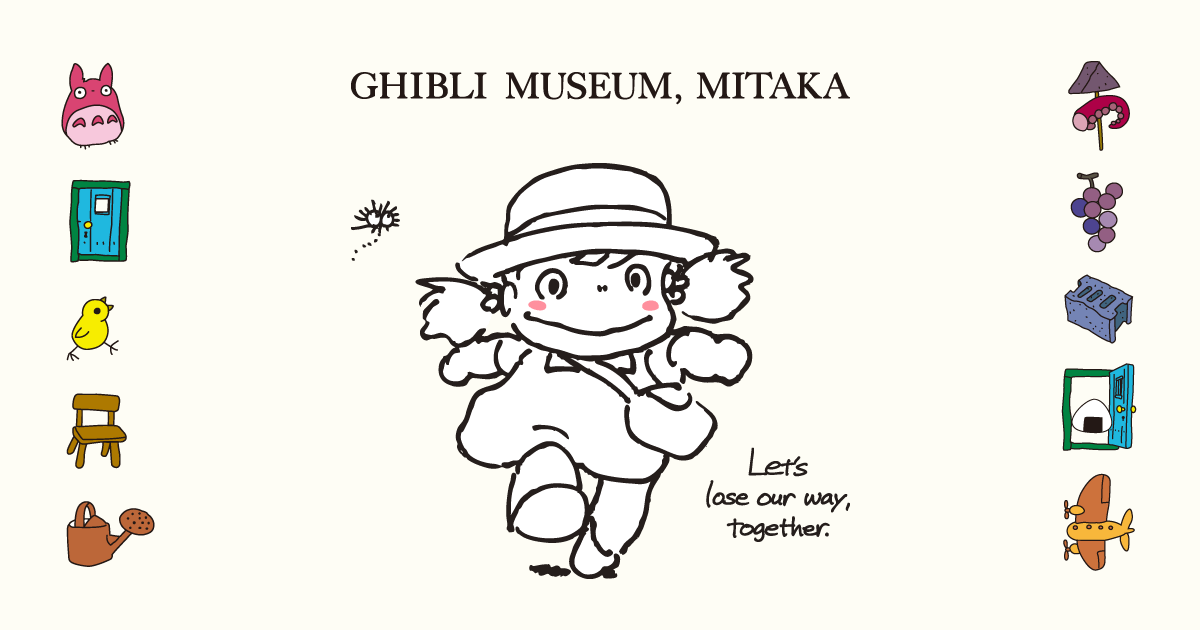 Visit the Ghibli Museum, Mitaka, located in suburban Tokyo. Experience the maze-like building, the fun of animation and discover the many fascinating and beautiful treasures created by Studio Ghibli.

The museum doesn’t have its own ticket office, they sell them via the Japanese equivalent of Ticketmaster, which only operates in Japan. They have an arrangement where you can buy or collect tickets from a machine in Lawson supermarkets. Which is very convenient if you live in Japan, but not so great if you don’t. It’s no good waiting until you get there either, the museum is very popular and often gets booked up.

Looks like you can buy them in person from a travel agency booth in Liberty as well:

A lot of stuff works like that in Japan- set up to be really convenient/automated within Japan years and years ago and kind of ignoring the internet, so a real pain in the arse for tourists trying to plan trips.

Like I bought a two week train pass. You can’t buy it within Japan, and you can’t buy it too far in advance either, and you have to provide your passport details etc. So I had to race to the only place in Central Europe that sold them when I was travelling for work- a tiny travel agency in Vienna that has really limited opening times. After filling in loads of paperwork, they gave me an officially stamped receipt. When I got to Japan, I then had to queue up again with my passport at an office in the train station to get the pass, which was a giant paper booklet rather than a normal ticket or card.

This is where we got our tickets from. They also sell tickets and rail passes for other locations in Japan as well.

I also recommend Naoshima. A peaceful island dotted with sculptures and art trails with a giant Tate Modern type art museum on it.

Here’s from when I went there earlier this year:

Naoshima is tiny idyllic island in the Seto Inland sea devoted to modern art. The opening of the Benesse modern art museum (owned by the same organisation as Berlitz language schools) revived the island’s fortunes, although it’s still a small...

Also, if you’re going to travel much outside Tokyo, it’s way cheaper to get the train pass. It costs about the same as one intercity return ticket.

Also Japanese train tickets outside local transport can be confusing, different supplements and so on.

Yes, but you can only get the really fast one, not the super-super fast one.

So for example you can’t get the almost non-stop Tokyo-Kyoto train, but you can get the one that makes a few stops. They make it pretty clear what train is what. Each route has a name. You can’t take any Nozumi or Mizuho trains with it. They’ll marked as N93 or M45 whatever.

Oh yeah also the shinkansen train stations are sometimes outside town, so they don’t have to have super-fast trains passing through the city centre.

also Hotel Park Hyatt for good view of a sunset and lost in translation vibes.

loads of galleries and museums if that’s your bag?

theres a place where they make a bag of crisps right infront of your face.

or in Osaka you can design your own pot noodle!