Not a London dweller, just training it in tonight. Am complaining (slightly) though

Would love a live album out of this

The only worse thing about London is Londoners

Looks like last night’s setlist was broadly similar to Wednesday’s.

Which was good for me as I love the new album. Thought they were great last night and the crowd, after being initially a bit subdued, got well into it

I had a good time but getting seats upstairs was a huge mistake.
I was disappointed that we didn’t get Hung Up, it was amazing in Prysm.

I had a whale of a time. Half new album and half the hits was a good mix but I do wish they weren’t afraid to do a deep or even medium cut from time to time.

Hmmmm… I know loads of you love the new record but, in all honesty, I’m not feeling it. At all.

Downs ok. Freakout / release is fine. And Broken is nice. But beyond that, I don’t think any of the LP warrants much of a live airing. So for me, most of tonight’s gig was pretty forgettable, given that 80% of this tour is that record.

Flutes was as nice as ever. Hungry child, decent but lacking that awesome female vocal. Ready for the floor and A boy from school both good.

Over and over was pretty much the best I’ve ever heard it though, tbf and the cover of Hung Up brought back some fun memories.

Not a disaster, but definitely the gig I’ve seen them play that I’ll forget fastest.

So for me, most of tonight’s gig was pretty forgettable, given that 80% of this tour is that record.

Werid how two people can see the same set and disagree so strongly, innit. I loved tonight. All the biggest hits and best of the new album imo. Not saying you’re wrong, just different opinions. Might have slightly been swayed by having a first timer with me, but think I loved it on its own merits too.

It really is. I saw them touring One life stand and 75% of that set was that record, and therefore I was head over heels in love as I ADORE that LP.

I don’t think the new record is terrible, it’s just not a patch on their best work for me. And I’m not someone who wants ‘the hits’ normally. I just never felt tonight got going.

Glad others had a good time though and found lots to love. Different strokes, eh?

I had a blast! I really like the new album, so most of it sounded great to me. We were surrounded by a load dickheads, sadly, but even they didn’t ruin it. Very sweaty now!

I take back all my setlist gripes, the new tracks sounded ace and the classics kicked. Maybe the best version of Flutes I’ve heard.

Some gripes about the venue and just how rammed it was, but that is probably more me (36 year old tired dad) than them. 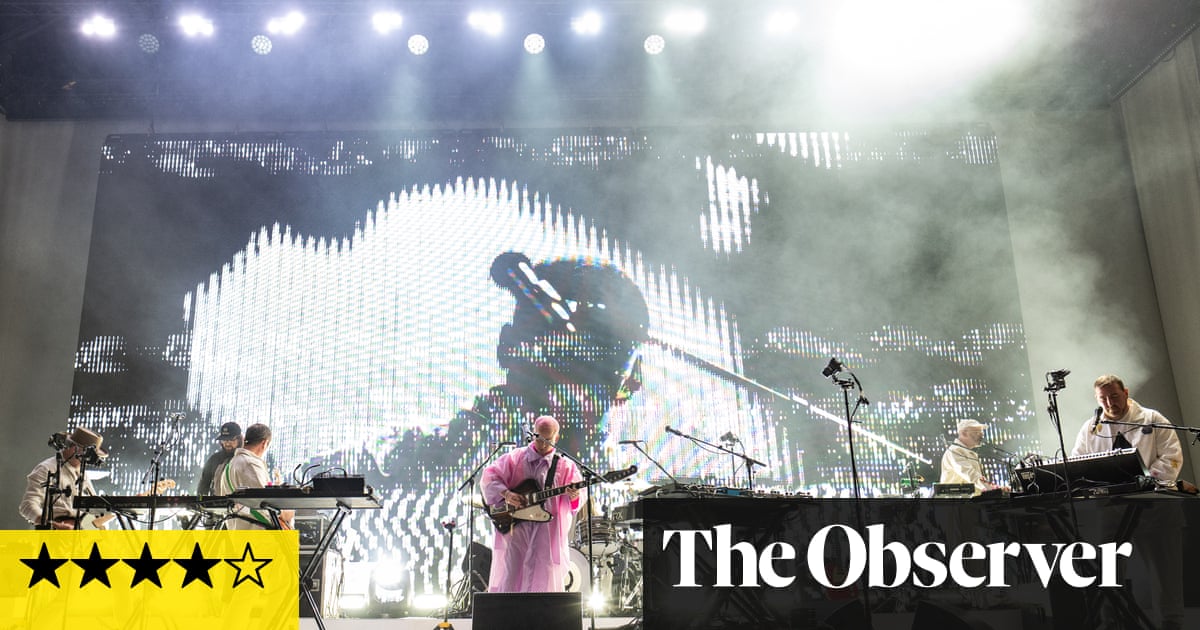 Years ahead of the disco reboot curve, the British synthpop stalwarts deliver a performance so charged they even break a drum