Any fans? They’re touring the UK next year. Anyone going? Were Drive Like Jehu better?

Yes. Yes. (unless they close the Thekla before then). Yes.

Gonna try and get to the Brudenell to see them. I watched them the last time they played there and it was amazing.

Think I prefer them to DLJ by a nose.

Looking forward to Rocket From the Crypt in December first though.

DLJ were way better but I am not over fond of RFTC aside from the obvious singles.

London for me, possibly doing a Cambridge as well. Fucking great band.

Jehu are boss as well. Obviously, Rocket From The Crypt are the daddies and are the greatest band of all time.

Any where to starts?

I saw the Nightmarchers in the summer of 2008 (in London). If they’ve been back since then I never heard about it. I’m never sure which of these bands exist at any one time. How does it work?

oh man yeah, obits were quite underrated as far as I’m concerned, and maybe heretical but I’d rather listen to night marchers than rftc these days…

another decent speedo project was sultans, dunno what happened to them

Yep, I got that. I’m wondering how they decide that they want to do some shows as one band or another at any particular time. All those groups seem to exist at the same time as each other.

Ah gotcha. A lot of it was during separate time periods - but there was a lot of crossover.

Was it yourself that put on that Little Killers London gig probably about 15 years ago? That was a blast…

That was 26 March 2004, yes, I was partly responsible for putting on that gig.

Pretty much this. I think all of the bands have split up and reformed at various points. From what I can gather:

They’ve only got 3 albums, but Automatic Midnight is the first and a great place to begin, pretty raw in places - think they were a 3 piece when they recorded it. The opening 3 tracks are bangers. If Credits What Matters I’ll Take Credit sounds like a train hurtling towards you.

Suicide Invoice has some weirder songs on it, but some of their best work and is quite a dark sounding album and I always associate it with going to work for some reason.

Audit In Progress is an amazing punk rock album and has some good experimentation thrown in and has Mario from RFTC on drums and he plays fucking hard, especially on tracks such as Reflex, Hatchet Job. Also, Plenty For All is great summer-pop song.

It’s all about “This mystic decade”

DRIVE OF IN A HEARSE, DRIVE OFF IN REVERSE!

Of all the San Diego bands of that time I reckon these were the best of the lot. 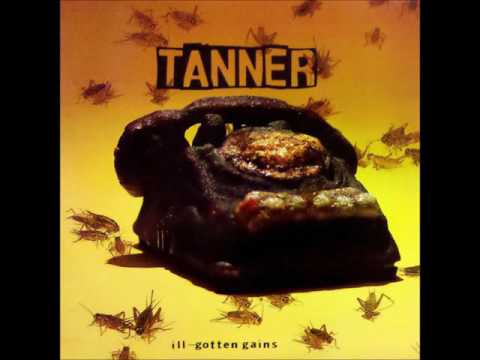 There’s a band called Pitchfork too who are in the orbit somewhere at some point.

Audit In Progress (especially Hatchet Job) for me.

Good shout, forgot about them!