How do you feel about going back to the office / work?

Been speaking to some musicians who are concerned about the lack of enforced mitigations and whether they can safely get back to work.

Seen some posts of friends excited to be back in the office already.

Where are you at?

If you have concerns, this seems to have some info about the law:

“Employers must carry out COVID safety risk assessments in consultation with staff and unions, and we recommend that they publish them so that staff and clients can easily see them,” TUC general secretary Frances O’Grady tells VICE, adding that you can, as an employee, request to see that assessment. 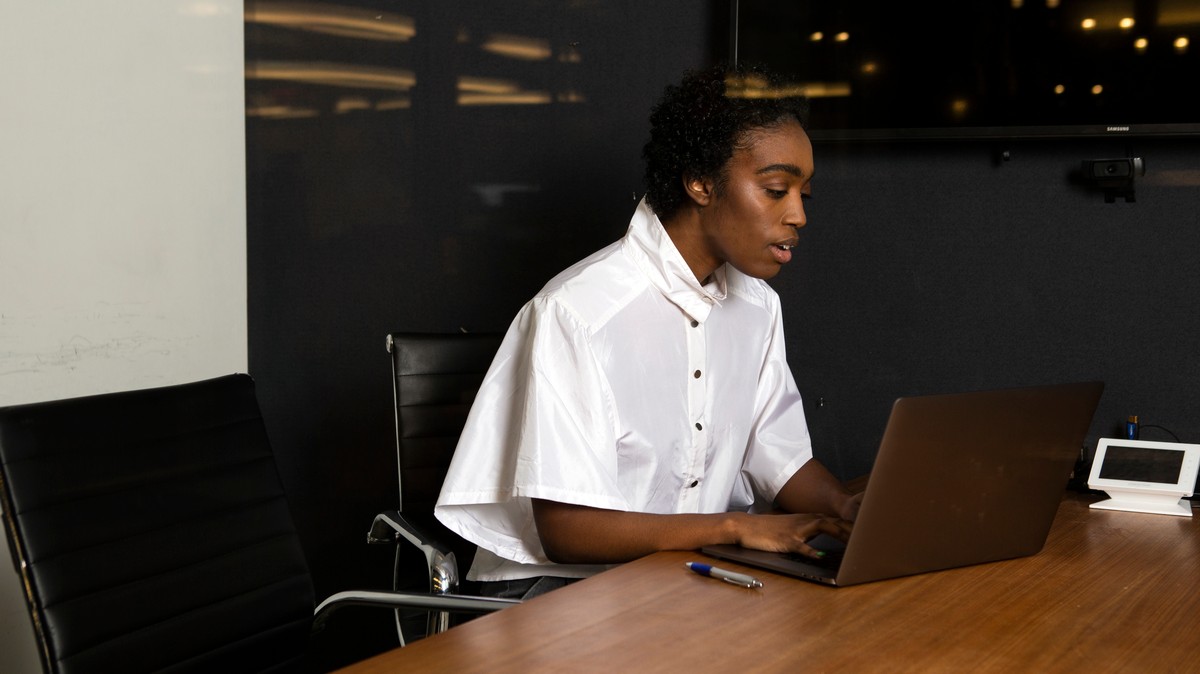 Here's what you can do if you feel you're being forced back into work on the 19th of July.

I’m not going anywhere until I’m forced to. I can do 100% of my job from home so there’s no need, there’s absolutely no carrot to get me to drive 35 minutes to a shitty office next to the local skip on an industrial estate to do exactly the same tasks as I’d be doing at home and without the risk of catching or transmitting the 'rona, so they’re going to need to get out the stick if they want me back in.

Already being forced to, in fact team meetings and away days etc have been going on for well over 9 months now and I seem to be the only person refusing to go to them and there’s been some obviously annoyed reactions from my managers. In fact some of the meetings, all day ones in a small room, have even been out in hard to reach locations for “a change of scenery” which has has such a car centric way of doing things, for me, I’d have to get a taxi then a train to reach them putting me more at risk than if it was in the usual office that I’d walk to. I’ve wanted to complain but it seems that everyone else in the whole business is OK with the implication that we should carry on as normal because a large part of what we do is renting office spaces. Most people have carried on working in the office throughout most of covid despite zero need to do so because they’re absolutely into presenteeism

Until September we’re now allowed “upto one day working from home if pre agreed with managers” after that it’s back in full time.

Honestly not too bothered, think it might be quite nice a couple of days a week. I don’t think we are going to start it until at least Sept/Oct. I live like a 10 min walk from the Office so for me going in on a Friday for example might be quite nice for the social aspect, and will separate the weekday from the weekend which is something I’ve struggled with working from homes

I should also say that the company is actually quite good for flexibility and is ultimately leaving it up to the person (role dependant) on how often they want to work in the office.

Been in two days a week since the start of January. Not happy about it tbh. Would prefer to be in on the one day that I have to be here to file paperwork.

My situation is unusual in that I’ve mostly WFHed for years now but go to Switzerland for a couple of weeks at a time every few months. We’ve managed ok doing that work remotely but there are definitely difficulties involved and it feels like it all takes more time and energy to do it alone at home. No idea whether they would have us back in the office for those contracts if we were fully vaccinated or quarantined or did Covid tests. Guess it also depends on national quarantine requirements too.

I’d really like to go back to that work once I’m fully vaccinated and can handle planes and airports again, but given that the organisations I work for have people from different countries flying in and out all the time and one of them is one of the main proponents of vaccine equity I can’t work out whether they would prefer to minimise in-person stuff until every country has had the opportunity to get vaccinated.

Worth mentioning that I’m self-employed so a) no one’s forcing me to come in and b) it’s all up to the organisations I work for as to whether they will only give contracts for WFH/onsite work or give us a choice.

I am completely fed up of working from home, and have lost motivation to do my job to anything more than an only borderline acceptable level. In theory there’s nothing in my job that can’t be done remotely, in practice a lot of my job requires talking to people and working with them and to be frank I’m so bored of using Teams rather than going and having a chat by now that I often just don’t bother unless I really have to. I’ve grown to hate what before all this was probably the best place I’ve lived in as an adult.

As someone fortunate enough to have been double jabbed I’d really appreciate being able to get back into the office, at least sometimes. Feel quite blue about the fact that there’s been very little timeline or indication about when this might even possibly be happening.

I’m less worried about working in the office, where we have systems in place to allow social distancing, ventilation etc, and more worried about my commute, and the commutes of my colleagues.

I know that I’ve been fortunate to be able to work from home, but I’ve definitely suffered, from a mental health and productivity point of view, from working from home over the past 15 months, however, I’m hoping that this is because I have been unable to do other things or socialise outside of work. I’m not going to judge whether WFH is good for me until the ability to go to gigs, the cinema, theatre, restaurants and bars returns.

I don’t miss my commute, but there are advantages in my line of work to being able to meet and discuss things around a table, face to face, that Teams calls just cannot do.

Fine. I’m here now and have been coming in twice a week for about 2 months now.

I come on a Monday as trains and office are quieter, then again on a Wednesday to mix it up. There’s not many people here but it is nice to socialise a tiny bit and just feel “normal”.

It’s dramatically improved my mood and dramatically reduced the amount of money I have. Poke bowls every week for £9!

My office had been planning to introduce an interim policy of two days a week back in, presumably kicking off from next week when restrictions lift, but last week they had a change of heart and decided to remain more flexible and let managers and teams have more autonomy - which I think in my case will mean I can remain fully WFH if so inclined. I don’t totally object to time in the office as needed, I think there are some benefits, but the idea of going back full time was depressing.

My issue is I really want it in black and white, I still feel like this is temporary, I’m still working off a laptop rather than the huge lovely Mac sat unused at my office desk.

Not really stressed about it, there’s never been any pressure on us to go back, as best I can tell my employer is taking it all very seriously, and we’re moving to a hybrid model in large part because it solves our perennial space issues so as of September we’re only “expected” to be in the office two days a week.

Also I live 100+ miles from the office and we’re intending to move back but not until the autumn, so good luck getting me to go in.

Would feel different if I were in a position of having to take public transport but even when we move I’m expecting I’ll be with ok walking distance. Quite looking forward to spending a couple of days in the city centre so I can go to shops or go for a drink or to a movie after work. Have missed that over the last 15 months.

Not being forced to and don’t want to. I’m getting a bit bored but I imagine that will be offset once I’m able to safely return to doing things outside of work.

I’ve got mixed feelings - I will be more productive in the office, there’s colleagues who I’ll work much better with face to face, I know my employers will be taking safety seriously, I’ve only met my boss twice in person, I’m double jabbed…

But the rise in numbers of cases doesn’t seem to be slowing down, and for all the safety measures they’re putting in place the risks are still there. But are those risks any higher than sending my son to school every day? Possibly not because six year olds will play in a far more tactile and physical way than I’ll behave at work. Or possibly because I’ll be in an air conditioned office rather than a classroom with windows open.

The flipside is everyone staying in until the virus has gone away - the vaccine doesn’t wholly eliminate it, and mainly reduces symptoms from what I understand - so until there’s a new vaccine which does eliminate it, there’s still going to be vulnerable people out there. But there were people vulnerable to different things before the pandemic turned up and there’s a level of acceptance that as a society we live with those risks, so what’s the limit here?

So in short, I really don’t know - I’m very conflicted.

Have been back in the office full time for 12 months

Would rather not be here but can’t really wfh either

excited to be back in the office

I’m very fed up with working from home in almost every aspect, from the outside noise to the endless Zoom calls to sitting at the dinner table for 8 hours straight.

The only thing I’d miss if I’m no longer WFH is the view, obviously.

Where are you at?

We had a brief period in the summer of 2020 when we were allowed back in the office. There are some rumours what may happen this time but there has not been any official announcement from my employers yet.

Resent giving up part of my home to be a corporate workspace, but I also hated the office so ¯_(ツ)_/¯

When it eventually reopens (they’re being more cautious than the gov, which is good) theres the option to only go in 2 days a week & I’ll probably take it.

So much this for me.

Lot of talk from my boss about things never going back to full office hours, but not sure what an acceptable balance would be.
I would quite like at least one day a week in the office. Struggle to stay focussed and motivated at home. Also feel sometimes I need to be about the place/stroll around campus so I don’t feel I just work for a distanced, non-entity and remember “oh, better not shit this up” for the projects I am working on.