How do you feel about…

The return of the mullet? All the rage up here 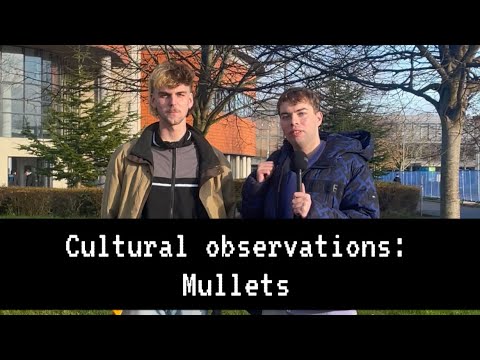 Everything comes around again, doesn’t it?

It won’t last, and people will point at mullet-ed people and laugh, and then in six months everyone will move onto something else. Plus ca change.

The modern mullet is never worn by people who live the ethos of “business in the front, party in the back”. If you look like a stranger to either business or partying, it’s not gonna work for you.

Tbf, it’s been a thing in Oz for a good few years now. So either, they’re ahead of the trend and about to revive tamigotchis or whatever, or the mullet never really left

or the mullet never really left

i think this is the truth

They’ve been back for years.

Definitely been a staple in queer circles for about 5 years.

I think I’d look cool with a mullet but I’m hesitant to get a hair cut that need much upkeep.

Crystal Methyd’s is the best one imo

I went to the barbers the other week and they asked me what I wanted doing. I had to be honest and reply that I wasn’t all that sure, so they told me to mull it over.

Now THIS is a mullet

Was it the Australian rugby league team that won the world cup? They all had mullets.

Love Crystal so much

Went to see Bug Club a few months ago and two guys there had greasy mullets, moustaches and were dressed like dodgy market traders in an early episode of Only Fools and Horses (pinstripe trousers, charity shop shirts, big clunky platform shoes, dodgy jewellery). Can dress how they want obviously but makes me feel like I’ve just woken up from a coma.

And they hadn’t even come together!