🎮 How Fun Was It: Die Hard Trilogy

Yipee Kia Aye motherfuckers, time to discuss the game that seemingly everyone had as a child. Die Hard Trilogy. It was like a video game… but 3 video games in one!

NYPD! Hey, this isn’t even my jurisdiction 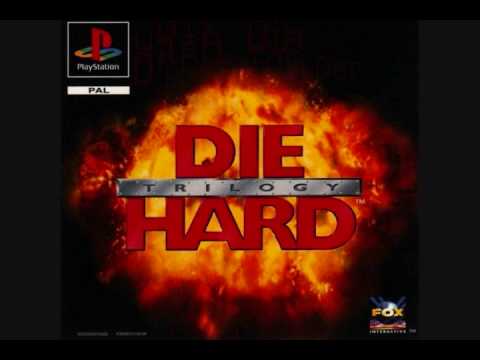 Shooty bang bang, no running in an airport lounge

That shit taxi one

Had the start of the second game on a demo, fucking loved it, played it so much I perfected it.

When I eventually got to see the whole game it blew my mind that it two other distinct parts. My heart is with the DH2 section, but I did love the DH3 bit (especially calling an ambulance to clear a path), first DH was pretty janky if I remember though.

The airport bit was the only semi-passable section. The rest was barely playable.

I really liked the first one, I think that was the one me and my friends played the most!

The selections for this seem reeeeeally niche. Like, I’ve never heard of this. Haha

It was a top seller in the UK pal

It was often bundled in with Playstations, so more people had it that would have ordinarily bought it, but it means that it’s very well known.

i always liked the 3rd part best myself, think it was the only one i ever completed. final boss was a bastard though iirc.

Yeah I played it to death. Agree the second one was the most fun. I even had the gun, but I think I always preferred the normal controller.

Pretty sure I managed to complete all three fairly comfortably.

I’m not convinced anyone’s ever actually played this / 5

I can still recall the background music to 2 in my head.

I remember my mate had 2 light guns but instead of playing DH2 co-op we’d take it in turns so we could fire with both of them while diving sideways onto the sofa.

Do Alien Trilogy and then we’re talking

I really liked the airport. My friend had the gun so it seemed incredible. We never played the other modes cause they were rubbish.

The rating for FFX-2 is an absolute disgrace

i’d totally forgotten about this game, loved the airport and taxi games, have vague memories of the physics in the driving part being absolutely ludicrously unrealistic