🎮 How Fun Was It: Sega Megadrive 30th Anniversary edition

The Megadrives 30th Birthday is quickly approaching so lets rate some games! 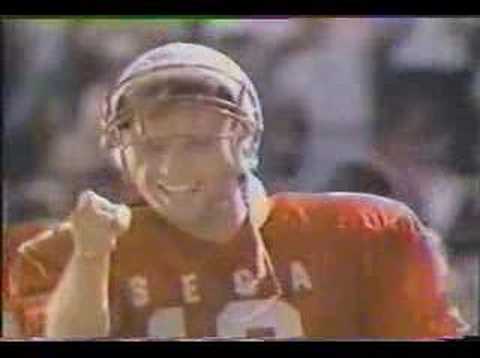 Alex Kidd in the Enchanted Castle

Toejam & Earl in Panic on Funkotron

obviously shining force 2 is a 5

Art alive and ecco was gash though, sorry

Where is micro machines???

might get the megadrive out of the loft next time I go visit the parents, see if I can finally complete dick tracy (2 on 5 for gameplay, 5 on 5 for the soundtrack)

Only 2 votes for World of Illusions AKA the best co-op game on the Megadrive? You guys haven’t lived!

And if they have any sense they’ll all have put 5.

So ahead of its time as well. Dynamic split scree with the ability to be on different levels to your parnter? Procedule generation? It was a rouge like on console way back in 1990!

They seem good, slight audio issues but nothin like the @games monstrosities

Big sister had a megadrive, some great games and some dross.
Sonic & Knuckles was the pinnacle imho.
Shoutout to Tiny Toons Adventures also.

Next month but there have been preview streams

I still don’t understand how my wife loves Disney, loved Castle of Illusion and hated World of Illusion. makes absolutely no sense.

played quite a lot of that list but didn’t vote for any that I couldn’t actually form an opinion on, so:

Aladdin - ace game, remember the magic carpet level being a bit of a bastard but otherwise a great platformer

Altered Beast - my mate had this and I played it a couple of times round his house. did not enjoy.

Castle of Illusion - really good, although I had the Master System version first so the Mega Drive one always felt a bit weird to me.

Columns - really liked Columns, remember once getting totally in the zone and absolutely flying through it to like level 70 or something, miles further than I ever managed before, was well chuffed and then bottled it.

Earthworm Jim - properly good game, although sadly I tried to replay it not too long ago and was absolute shite at it, struggled to complete the first level

Fifa 95 - played this to death, was great

James Pond: Robocod - I liked this but think I found it too hard or something as my overall opinion is “good but annoying”. did not complete it, no idea if I got close

Jurassic Park - I borrowed this off a mate and did not enjoy it, remember getting to the final boss on both the Raptor and Dr Grant modes and getting fucked up, so was quite annoyed by it

Kid Chameleon - only vaguely remember renting this for a weekend, but I liked it. not enough to buy it or rent it again, but decent

Quackshot - so fucking good. found it insufferable slow when replaying it a couple of years ago though

Road Rash 3 - 3 was good, but 1 and 2 were a GBOG. nothing beats someone trying to hit you with a chain, stealing their chain and then knocking them off their bike with their own chain.

Toejam & Earl - really good and the split screen thing was ace. never got very far on it though, was too hard for me.

World of Illusion - awesome game, either in single player or co-op, still good to this day

World Cup Italia '90 - even back in the day I think this was a bit shit, but I played it loads and found it somewhat endearing, in a crap way.